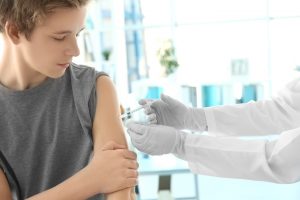 The New York chapters of a national pediatrics organization are supporting legislation in the state Legislature that would allow minors to get vaccinated without parental consent.

Assemblywoman Patricia Fahy, of Albany, and Sen. Liz Krueger, of Manhattan, recently introduced a bill that would authorize anyone 14 or older to get immunizations even if their parents object. The two Democrats say too many parents believe unsupported online claims that vaccines are unsafe.

The three New York chapters of the American Academy of Pediatrics support the bill, saying young people often are better at discerning false information on the internet.

Fahy told the Times that too many people have become “complacent” regarding vaccinations.