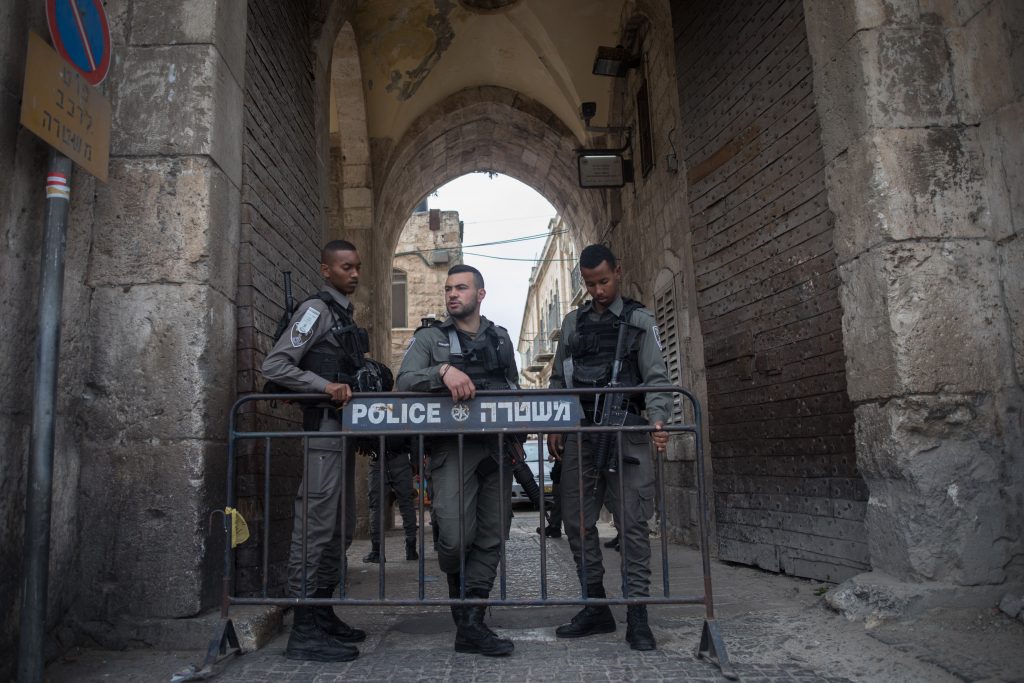 At the end of a tense day, Israeli police said on Tuesday evening that Har HaBayis will be open to the public as usual on Wednesday morning.

The announcement came after a special assessment of the situation was held by the commander of the Yerushalayim District Police, Major General Doron Yedid.

Police arrested two Arab youths in connection with the firebombing of the police station at the site early Tuesday afternoon. The two will be brought before a court for a remand hearing on Wednesday, Arutz Sheva reported.

The site was closed by Yedid’s order, for the purpose of a search for weapons. Police found several containers of flammable materials, as well as firecrackers and Molotov Cocktails.