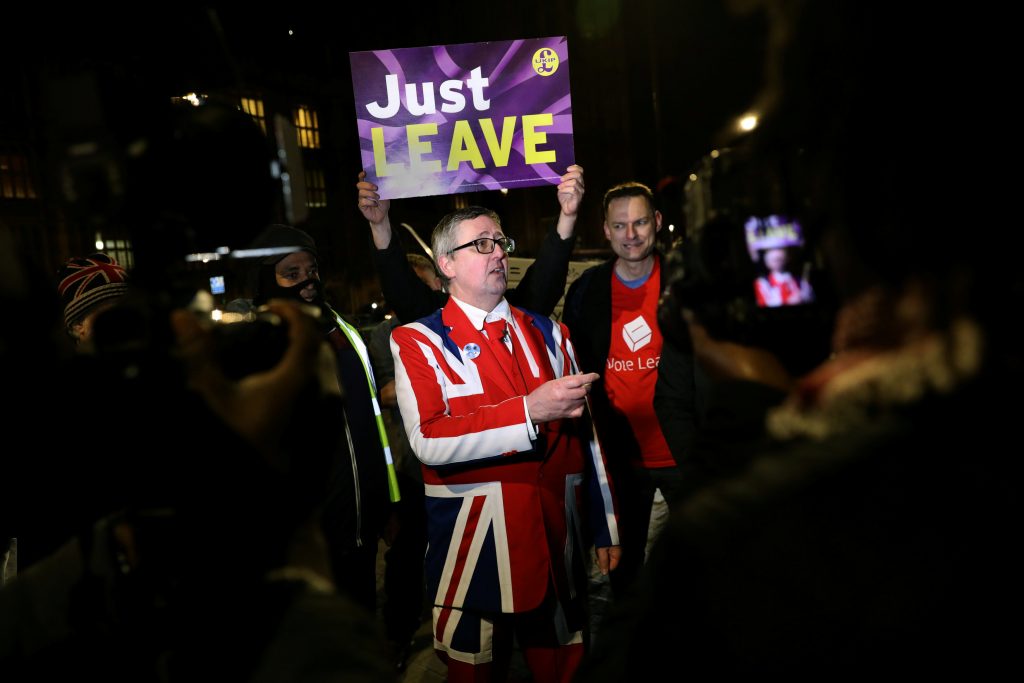 Lawmakers voted against PM May’s amended Brexit deal by 391 to 242 as her last-minute talks with EU chiefs on Monday to assuage her critics’ concerns ultimately proved fruitless.

The vote puts the world’s fifth largest economy in uncharted territory with no obvious way forward: exiting the EU without a deal, delaying the March 29 divorce date, a snap election, or even another referendum are all now possible.

May might even try a third time to get parliamentary support in the hope that hardline eurosceptic lawmakers in her Conservative Party, the most vocal critics of her withdrawal treaty, might change their minds if it becomes more likely that Britain might stay in the EU after all.

While she lost, the margin of defeat was smaller than the record 230-vote loss her deal suffered in January.

“If this vote is not passed tonight, if this deal is not passed, then Brexit could be lost,” a hoarse-voiced PM May told lawmakers before her deal was defeated.

Lawmakers are now due to vote on Wednesday on whether Britain should exit the world’s biggest trading bloc without a deal, a scenario that business leaders warn would bring chaos to markets and supply chains, and other critics say could cause shortages of food and medicines.

Supporters of Brexit argue that, while a “no-deal” divorce might bring some short-term instability, in the longer term it would allow the United Kingdom to thrive and forge beneficial trade deals across the world.

However, parliament is expected firmly to reject a “no-deal” Brexit as well, so on Thursday lawmakers would then vote on whether government should request a delay to the leaving date to allow further talks.

Both May and the EU have already ruled out any other changes to the deal, struck after two-and-a-half years of tortuous negotiations.

Britons voted by 52-48 percent in 2016 to leave the EU but the decision has not only divided the main parties but also exposed deep rifts in British society, bringing concerns about immigration and globalization to the fore.

Many fear that Brexit will divide the West as it grapples with both the unconventional U.S. presidency of Donald Trump and growing assertiveness from Russia and China, leaving Britain economically weaker and with its security capabilities depleted.

Supporters say it allows Britain to control immigration and take advantage of global opportunities, striking new trade deals with the United States and others while still keeping close links to the EU, which, even without Britain, would be a single market of 440 million people.