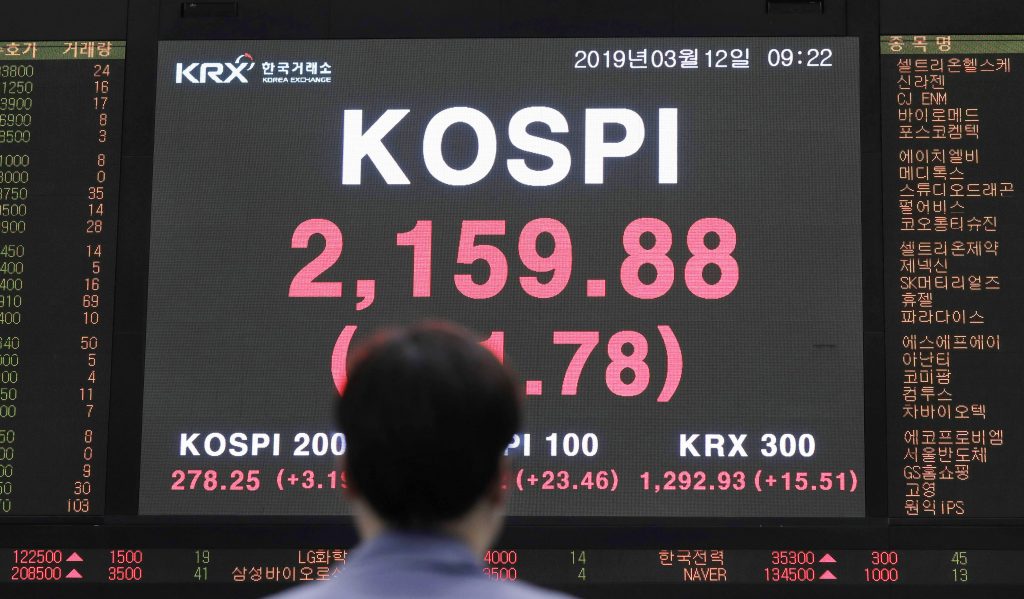 The pound and Asian shares jumped on Tuesday after the European Commission agreed to changes in a Brexit deal before a vote in the British Parliament on a divorce agreement that has unnerved financial markets over recent months.

The rally in Asia is expected to extend to Europe, where financial spread-betters see Frankfurt’s DAX opening 0.6 percent higher and Paris’ CAC up 0.5 percent, while London’s FTSE is expected to start just a shade higher.

European Commission head Jean-Claude Juncker agreed to additional assurances in an updated Brexit deal with British Prime Minister Theresa May on Monday, but warned U.K. lawmakers would not get a third chance to endorse it.

Sterling, which had risen ahead of the talks between May and Juncker, extended gains on hopes the changes may be enough to sway rebellious British lawmakers who have threatened to vote down May’s plan again on Tuesday.

A reduced likelihood of crashing out of the EU with no Brexit deal could help to inject some bullish sentiment into equity markets by eliminating one of the three major concerns of global investors, alongside trade and slowing global growth, said Greg McKenna, strategist at McKenna Macro.

“Take Brexit off the table and I think some of the real money flows that appear to have turned up late last week are likely to be there again. So I think it helps change the backdrop a little bit,” he said.

MSCI’s broadest index of Asia-Pacific shares outside Japan was up 0.9 percent.

Despite slowing domestic economic growth and uncertainty about the outlook for trade negotiations between China and the United States, Chinese markets have been buoyed this year by investors’ expectations of more stimulus to cushion any downturn.

The CSI300 index has risen more than 24 percent this year.

But Oliver Jones, market economist at Capital Economics, cautioned that the Chinese rally is “built on shaky foundations.”

“The surge in China’s mainland equity markets since the start of the year looks excessive, even allowing for renewed optimism about stimulus in China and the possibility of a US-China trade deal,” he said in a note.

“Since we are anticipating more economic weakness in both China and the rest of the world regardless, we suspect that the Shanghai and Shenzhen markets will fall back sharply later in the year.”

Before the latest Brexit developments, risk sentiment was already well supported after global equity indexes climbed overnight on gains in technology stocks and expectations of more stimulus from China.

The Dow Jones Industrial Average rose 0.79 percent, with gains tempered by a 5.3 percent drop in Boeing shares after some airlines grounded the company’s new 737 MAX 8 passenger jet following a second deadly crash of the airliner in five months.

The market’s turn toward riskier assets lifted yields on U.S. Treasury bonds, with benchmark 10-year Treasury notes at 2.6573 percent compared with its U.S. close of 2.641 percent on Monday.

The dollar index, which measures the greenback against a basket of rivals, shed 0.1 percent to 97.083. But rising risk appetite weighed on the safe-haven yen, pushing the dollar up 0.1 percent to 111.28.

In commodity markets, oil prices rose on a combination of strong demand and supply cuts by the Organization of the Petroleum Exporting Countries (OPEC).

A political and economic crisis in OPEC-member Venezuela is also seen as lifting crude prices.

Venezuela’s opposition-run congress on Monday declared a “state of alarm” over a five-day power blackout that has crippled the country’s oil exports and left millions of citizens scrambling to find food and water.