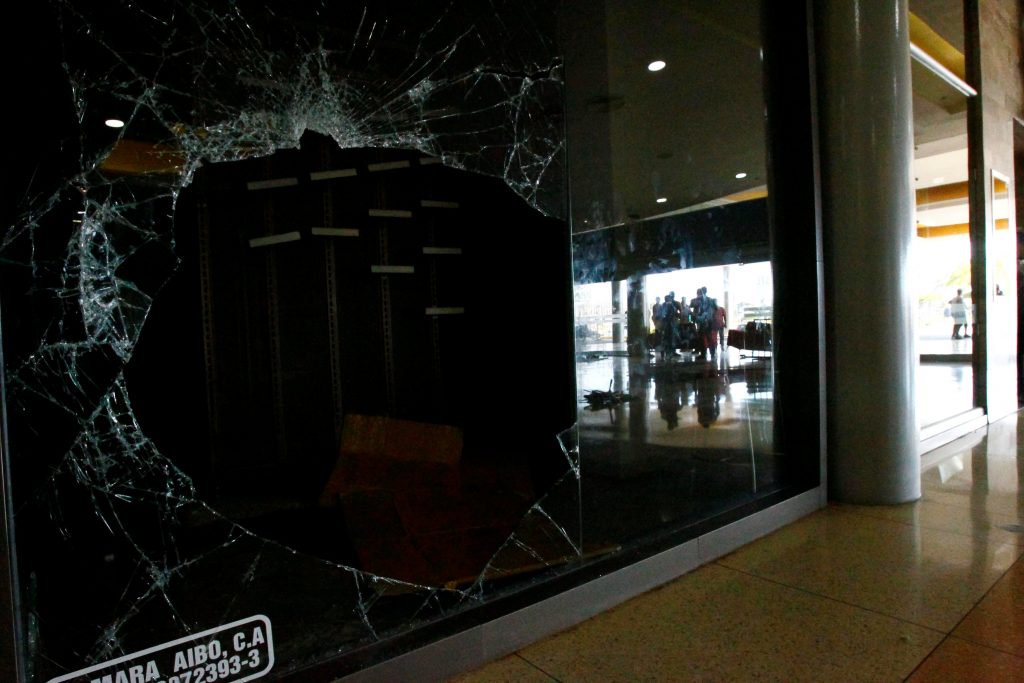 Venezuela ordered American diplomats to leave the country within 72 hours on Tuesday after President Nicolas Maduro accused U.S. counterpart Donald Trump of cyber “sabotage” that plunged the OPEC nation into its worst blackout on record.

“The presence on Venezuelan soil of these officials represents a risk for the peace, unity and stability of the country,” the government said in a statement, after talks broke down over maintaining diplomatic links between the two countries.

Chief Prosecutor Tarek Saab is also asking Venezuela’s pro-Maduro Supreme Court to open an investigation into opposition leader Juan Guaido for participating in the alleged “sabotage,” he said at a news conference on Tuesday.

Washington has taken the lead in recognizing Guaido as Venezuela’s rightful president after the 35-year-old congress chief declared himself interim president in January, calling Maduro’s 2018 re-election a fraud. Most countries in Europe and Latin America have followed suit.

Maduro, who retains control of the military and other state institutions as well as the backing of Russia and China, has denounced Guaido as a puppet of the United States.

With the power blackout in its sixth day, hospitals struggled to keep equipment running, food rotted in the tropical heat and exports from the country’s main oil terminal were shut down.

Julio Castro, of nongovernmental organization Doctors for Health, said on Twitter on Monday night that 24 people had died in public hospitals since the start of the blackout. He has said that the blackout likely aggravated existing medical conditions but does not directly attribute any deaths to the outages.

Information Minister Jorge Rodriguez said power had been restored in the “vast majority” of the country.

“We are on our way to consolidating the victory of the Venezuelan people over this attack,” said Rodriguez. He added that the “electricity war continues,” a sign that authorities may still be concerned about ongoing outages.

Power returned to many parts of the country on Tuesday, including some areas that had not had electricity since last Thursday, according to witnesses and social media.

But power was still out in parts of the capital of Caracas and the western region near the border with Colombia.

Maduro blamed Washington for organizing what he said was a sophisticated cyberattack on Venezuela’s hydroelectric power operations.

“Donald Trump is most responsible for the cyberattack on the Venezuelan electricity system,” Maduro said in a broadcast from the Miraflores presidential palace on Monday night.

“This is a technology that only the government of the United States possesses.”

The U.S. State Department had already announced that it would withdraw its remaining diplomatic staff from Venezuela this week.

Secretary of State Mike Pompeo said in an interview on Tuesday with radio show Texas Standard that decisions regarding Venezuela had been affected by the combination of a rapidly deteriorating situation and U.S. diplomats being “in harm’s way.”

“We wanted to get them out of the country so that we could move forward in a way that provided that opportunity,” Pompeo said.

Maduro, elected in 2013 following the death of his political mentor Hugo Chavez, officially broke diplomatic relations with the United States on Jan. 23 when it recognized Guaido. Washington evacuated most of its diplomatic staff two days later.

The blackout was likely caused by a technical problem with transmission lines linking the Guri hydroelectric plant in southeastern Venezuela to the national power grid, experts told Reuters.

Venezuela’s electricity network has suffered from years of underinvestment and lack of maintenance. With the economy in a tailspin, spare parts are scarce while many skilled technical staff have fled the country amid an exodus of more than 3 million Venezuelans in three years.

The government suspended schools and business activities on Tuesday for two more days, after doing so on Friday and Monday.

Guaido said he planned to lead national protests over the blackout in Caracas on Tuesday afternoon.

Amid signs of a growing crackdown on media, the National Press Workers’ Union said that prominent radio journalist Luis Carlos Diaz was arrested on Monday by intelligence agents, who raided his home in Caracas.

The Information Ministry did not immediately respond to a request for comment.