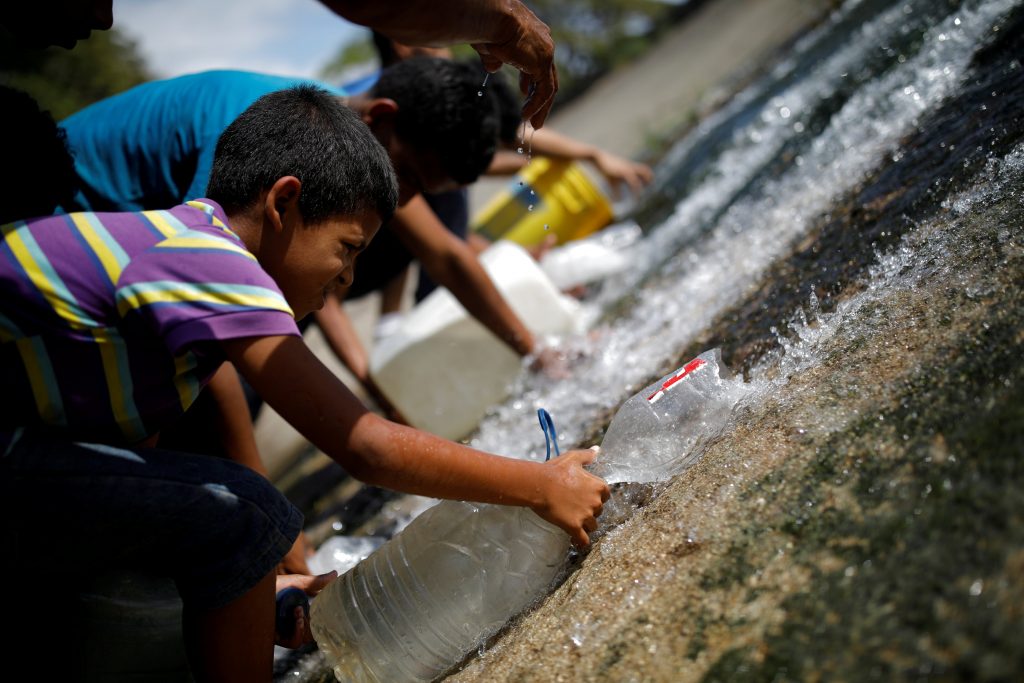 Venezuela’s opposition-run congress on Monday declared a “state of alarm” over a five-day power blackout that has crippled the OPEC nation’s oil exports and left millions of citizens scrambling to find food and water.

Much of Venezuela remained without power on Monday, although electricity had largely returned to the capital of Caracas following an outage on Thursday that President Nicolas Maduro called an act of U.S.-backed sabotage.

The outage has added to discontent in a country already suffering from hyperinflation and a political crisis resulting from opposition leader Juan Guaido assuming the interim presidency after declaring Maduro’s 2018 re-election a fraud.

“Nothing is normal in Venezuela, and we will not allow this tragedy to be considered normal, which is why we need this decree of a state of alarm,” Guaido, who heads the legislature, said during the session on Monday.

The constitution allows the president to declare states of alarm amid catastrophes that “seriously compromise the security of the nation,” but does not explicitly say what practical impact such a declaration would have.

Guaido has been recognized as Venezuela’s legitimate leader by the United States and most Western countries, but Maduro retains control of the armed forces and state institutions, and the backing of Russia and China, among others.

School and work activities were suspended on Monday, and in an afternoon broadcast on state TV Information Minister Jorge Rodriguez said the holiday would extend for another 24 hours.

Oil industry sources said that exports from the primary port of Jose had been halted for lack of power, cutting off the OPEC nation’s primary source of revenue.

The blackout has left food rotting in refrigerators, hospitals have struggled to keep equipment operating, and people have clustered on the streets of Caracas to pick up patchy telephone signals to reach relatives abroad.

“This is driving me crazy,” said Naile Gonzalez in Chacaito, a commercial neighborhood of Caracas. “The government doesn’t want to accept that this is their fault because they haven’t carried out any maintenance in years.”

Venezuela’s electricity network has suffered from years of underinvestment. Restrictions on imports have affected the provision of spare parts, while many skilled technical personnel have fled the country amid an exodus of more than 3 million Venezuelans in recent years.

Earlier on Monday, the Trump Administration imposed sanctions on a Russian bank over its dealings with PDVSA.

Winston Cabas, the president of an electrical engineers’ professional association, told reporters that several of the country’s thermoelectric plants were operating at just 20 percent of capacity, in part due to lack of fuel. He said the government was rationing electricity, which explained why some parts of Caracas had power and others did not.

The process of restoring service was “complex” and could take between five and six days, he said.

“We once had the best electricity system in the world – the most vigorous, the most robust, the most powerful – and those who now administer the system have destroyed it,” he said.

A source at PDVSA also said the government had decided to ration electricity, in part to supply power to the Jose oil export terminal.

The Information Ministry did not respond to a request for comment.

Experts consulted by Reuters believe the nationwide blackout originated in transmission lines that transport energy from the Guri hydroelectric plant to the Venezuelan south.

The lack of electricity has aggravated a crisis in Venezuelan hospitals, already lacking investment and maintenance in addition to the shortage of medicines.