National U.S. Winter Was the Wettest on Record
National 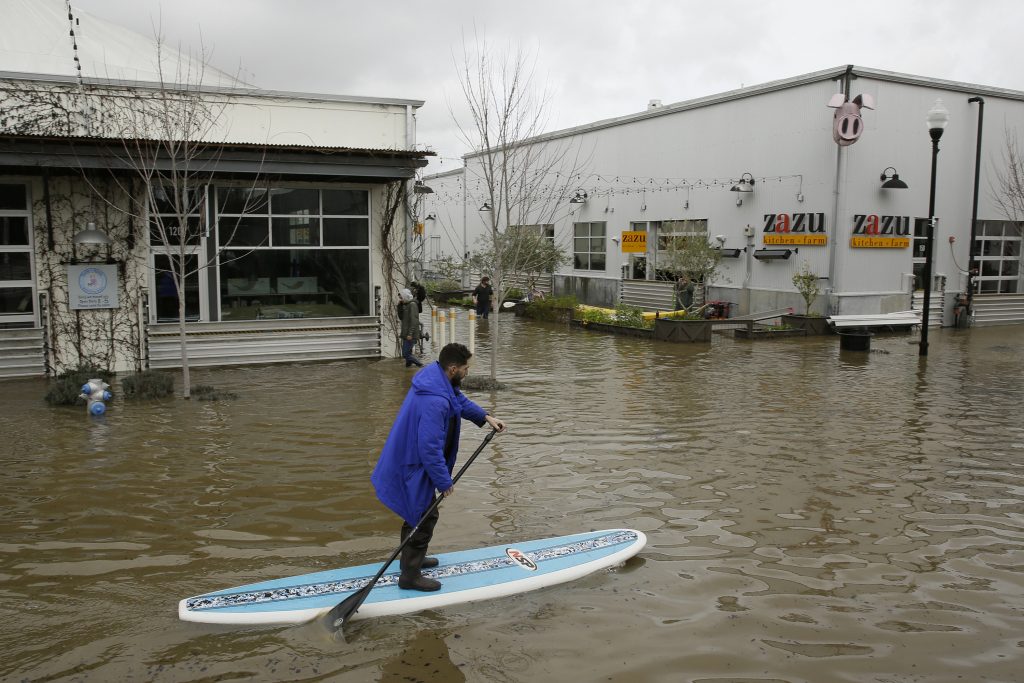 Boosted by February’s relentless low-elevation rains and blockbuster mountain snows, the United States notched its wettest winter on record, according to the National Oceanic and Atmospheric Administration.

The average precipitation, including rain and melted snow, was 9.01 inches during meteorological winter, which spans December, January and February. That amount was 2.22 inches above normal and broke the record of 8.99 inches set during the winter of 1997-1998.

Both the winters of 1997-1998 and the present featured El Niño events, which tend to increase the flow of Pacific moisture into the Lower 48 states.

The February deluges in the Tennessee Valley spurred flooding along the Mississippi River and mudslides in Tennessee and North Carolina.

Greg Carbin, a meteorologist with the National Weather Service, told The Washington Post that a record 5.5 percent of the Lower 48 received more than 10 inches of rain in February.

The zone from the Pacific Northwest to the Great Lakes was hit repeatedly by winter storms that unloaded historic amounts of snow.

For the winter overall, all but five of the lower 48 states reported above-normal precipitation.

U.S. precipitation over the past three, six and 12 months has been unsurpassed.