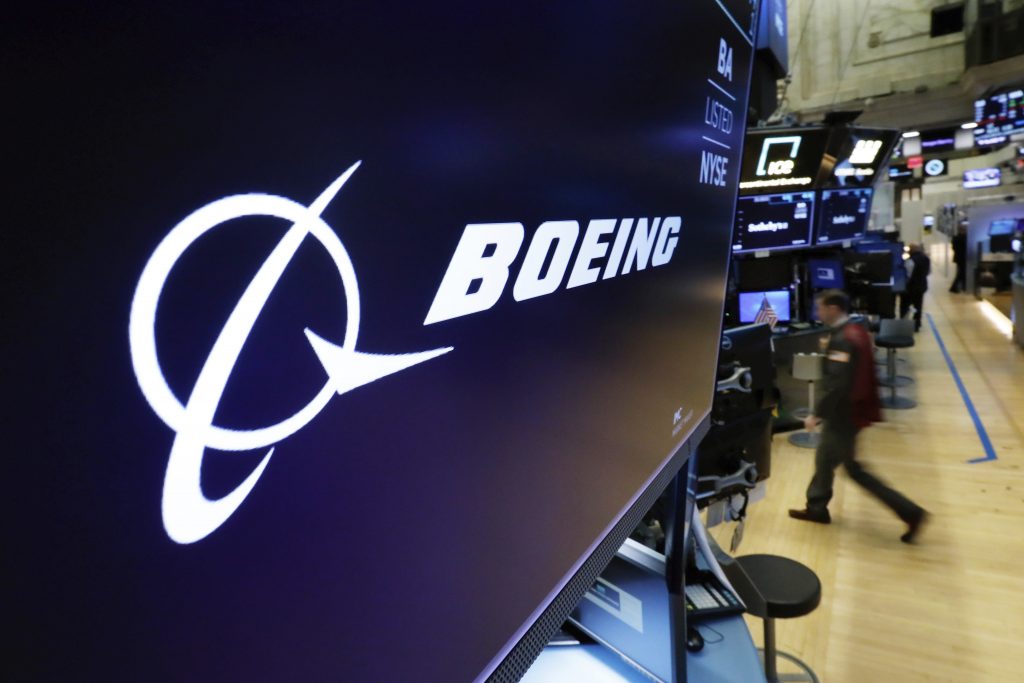 U.S. stocks moved broadly higher in midday trading on Wall Street Monday, led by a rally in technology shares. The gain for the Dow Jones Industrial Average was held back by a sharp decline in Boeing.

Stocks are coming off their worst week since December. Still, the major indexes are enjoying gains of 9 percent or more for the year so far.

Stocks also got a boost from a government report that showed a slight increase in retail sales for January that beat forecasts after a steep decline in December.

Boeing’s stock fell 7 percent at midday following the second deadly crash involving the newest version of the aircraft maker’s popular 737. Despite Boeing’s decline, the industrial sector managed to eke out a small gain.

The week opened with investors still waiting for more details on any potential trade deal between the U.S. and China. Costly tariffs have hurt both nations and investors hope a deal can be struck to at least take some pressure off the global economy, which has shown signs of cooling off.

BOEING FALLS: The airplane maker is facing fallout from a second deadly crash involving its important 737 Max 8. The 737 is its most popular plane and the Max is its newest version.

Boeing’s stock has been soaring since the beginning of the year, but plunged Monday after the crash of an Ethiopian Airlines jetliner that killed 157 people. Back in October, another 737 Max 8 crashed in Indonesia, killing 189 people.

Authorities in Ethiopia, China and Indonesia have grounded all Boeing 737 Max 8 aircraft.

CHIPS ON THE TABLE: Nvidia rose 5.4 percent after the chipmaker said it will buy network transmission company Mellanox for $6.9 billion in cash.

The companies are frequent collaborators and said that together they help to power more than 250 of the world’s 500 supercomputers, including Sierra and Summit, operated by the U.S. Department of Energy.