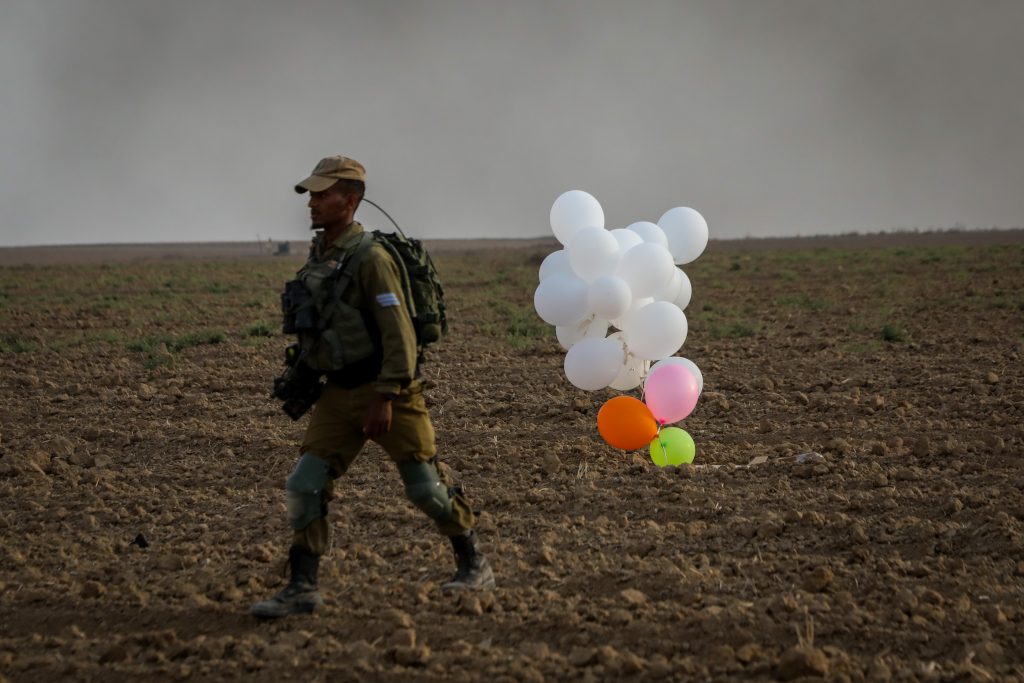 Numerous terror balloon attacks were reported over the weekend. Witnesses said that dozens of balloon clusters were seen over the southern Negev over the weekend, with several exploding in the air. One terror balloon was found on Friday afternoon in a wooded area near the Gaza border fence had the explosive portion of an antitank missile attached to it.

The Shin Bet announced Monday that it had arrested an Arab terrorist who had entered the Gush Etzion town of Efrat in December 2016, intending to murder Jews. Ayman Mahmad Ali Fuagara, a 27-year-old resident of the Arab village of Jurat a-Sham’a, acquired a knife and set out to Efrat in order to murder Jews, the Shin Bet said. He managed to get into the town and attempted to stab a passerby, but was chased off by other Israelis in the area, managing only to lightly injure his victim. An indictment is being prepared against him, the agency said.