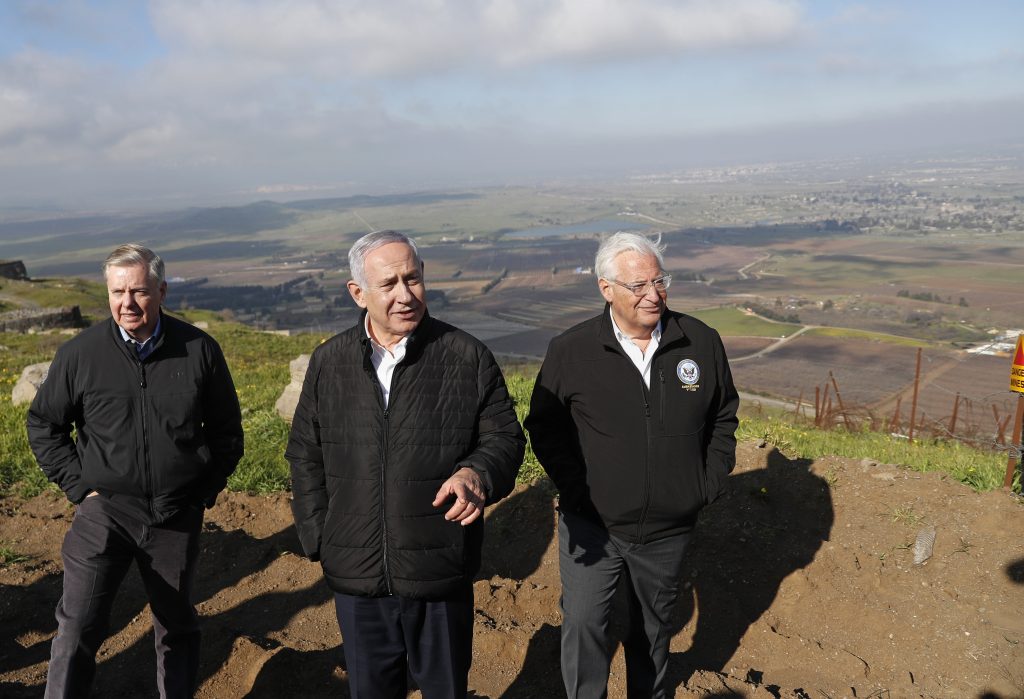 During a visit with Israeli Prime Minister Binyamin Netanyahu to the Golan Heights on Monday, U.S. Senator Lindsey Graham pledged his support for recognition of Israeli sovereignty over the region.

“I’ve got a simple message. I will go back to the United States Senate. Working with Senator Cruz, I will start an effort to recognize the Golan as part of the State of Israel now and forever,” declared Graham.

“Strategically, I am standing on one of the most important pieces of ground in the State of Israel.”

“They are taking this to a very concrete step – to keep the Golan as part of Israel. Otherwise our border will be with Iran on the shores of the Kinneret – and we are not prepared to accept that,” Netanyahu said.

U.S. Ambassador to Israel David Friedman was also on hand to host Graham in the tour of the Golan.

Syria vowed to attack Israel unless it withdraws from the Golan Heights, World Israel News reported on Thursday.

Syrian Deputy Foreign Minister Faisal Mekdad submitted an official warning to the head of the United Nations Truce Supervision Organization (UNTSO), Kristin Lund, in what seemed to be an attempt to prevent official U.S. recognition of Israeli sovereignty in the Golan.