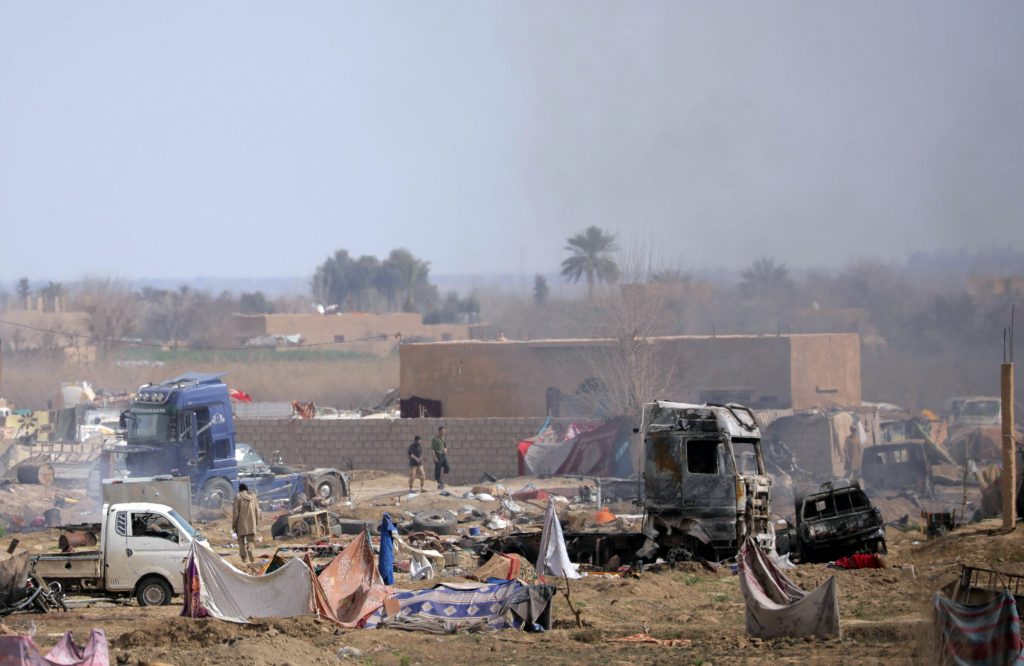 U.S.-backed fighters are moving slowly into Islamic State’s final pocket in eastern Syria to avoid losses in the face of sniper fire and landmines, one of their commanders said on Monday.

Warplanes flew above Baghouz, a cluster of houses on the banks of the Euphrates at the Iraqi border where Islamic State terrorists still hold out, and smoke rose from the area along with the sound of intermittent clashes.

The Syrian Democratic Forces (SDF) has made “modest advances” since resuming its assault late on Sunday, killing and wounding many terrorists, said Adnan Afrin, a senior commander in the U.S.-backed militia.

SDF military operations continued on Monday along with coalition airstrikes, but Afrin said advances were slow because the SDF wanted to complete the campaign with minimal losses.

It has held off from a full-blown assault for most of the past few weeks as many thousands of people poured from the enclave, including surrendering terrorists, Islamic State supporters, other civilians and some of the group’s captives.

The defeat of Islamic State at Baghouz will mark a milestone in the campaign against the terror group, ending its control of populated territory in the area straddling Iraq and Syria where it suddenly expanded in 2014 and declared a caliphate.

However, it has already shown it will continue to mount a potent security threat, with a string of terror attacks in both countries.