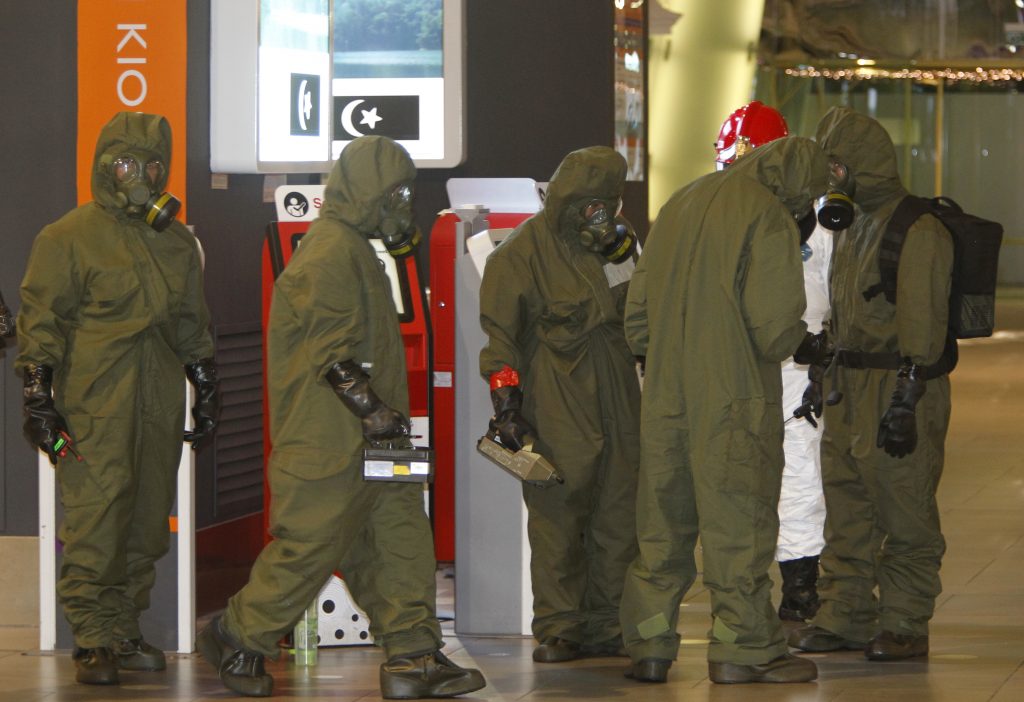 An Indonesian woman accused in the 2017 killing of the North Korean leader’s half-brother was freed on Monday, as a Malaysian court dropped the murder charge against her in a case that drew suspicions of being a political assassination.

As the court gave its decision, Siti Aisyah, 26, turned to her Vietnamese co-defendant Doan Thi Huong, 30, in the dock and the two women, who had been facing the death penalty together, embraced tearfully.

Following the dramatic decision to release Siti Aisyah, a defense lawyer asked for an adjournment in the case against Huong, in order to submit a request that charges be dropped against her too.

Defense lawyers have maintained that the women were pawns in an assassination orchestrated by North Korean agents.

Interpol had issued a red notice for four North Koreans who were identified as suspects by Malaysian police and had left the country hours after the murder.

During the trial, the court was shown CCTV footage of two women allegedly assaulting Kim Jong Nam while he prepared to check-in for a flight at Kuala Lumpur’s international airport.

Siti Aisyah, who had worked as a masseuse at a hotel in the Malaysian capital, and Huong, who described herself as an actress, had maintained that they believed they had been hired to participate in a reality TV prank show.

Once the court released her, Siti Aisyah wearing a black traditional Malay dress and headscarf, was rushed to the Indonesian embassy, where she spoke briefly with journalists.

“I feel so happy. I did not expect that today I would be released,” Siti Aisyah said, adding that she was healthy and had been treated well in prison.

Prosecutors told the court on Monday that they had been instructed to withdraw the charge against Siti Aisyah. No reason was given for the application.

While the court discharged Siti Aisyah from the case, it rejected her lawyer’s request for a full acquittal, as it said that the trial had already established a prima facie case and she could be recalled if fresh evidence emerged.

The defense had disputed whether the CCTV footage was clear enough to identify the Indonesian woman as an assailant, or establish what she had done to the victim.

Gooi Soon Seng, Siti Aisyah’s lawyer, expressed happiness with the outcome, but said his client was “a scapegoat.”

“I still believe that North Korea had something to do with it,” Gooi said.

Kim Jong Nam had lived in exile in Macau for several years before the killing, having fled his homeland after his half-brother became North Korea’s leader in 2011 following their father’s death.

Some South Korean lawmakers said the North Korean regime had ordered the assassination of Kim Jong Nam, who had been critical of his family’s dynastic rule. Pyongyang has denied the accusation.

Left to stand trial by herself after Siti Aisyah’s release, Huong was still sobbing as she prepared to take the stand on Monday at the start of her defense.

But, the court agreed to resume proceedings on Thursday, pending a reply from the attorney general to a request that charges against her also be withdrawn.

Although they had regularly been brought to the dock together, they were being tried separately in the case.

Siti Aisyah’s trial was suspended in December as her lawyers argued with prosecutors over access to statements made by seven witnesses.

Prosecutor Muhammad Iskandar Ahmad told Reuters the decision to withdraw the charge against her was made based on “several representations,” without elaborating.

Indonesia’s law minister, Yasonna H. Laoly, said Siti Aisyah’s release was the result of high-level diplomacy by his government, adding that she would board a flight home later on Monday.

“Miss Aisyah was deceived and had no awareness whatsoever that she was being used as an intelligence tool of North Korea,” Yasonna wrote.