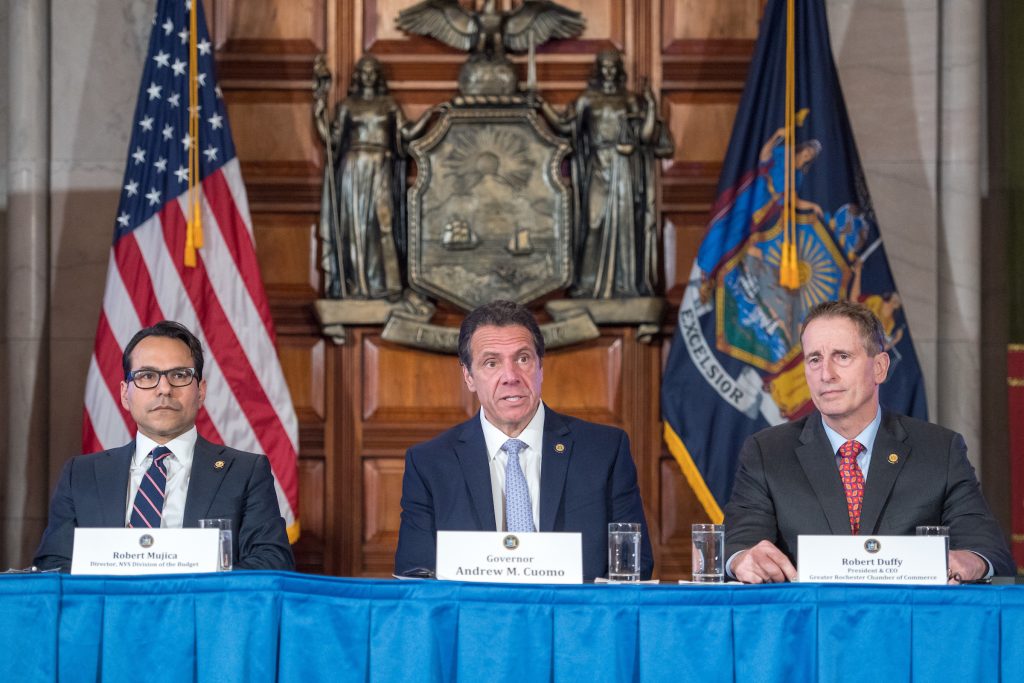 Gov. Andrew Cuomo said Monday he’s “no longer confident” an agreement to legalize recreational marijuana in New York will be included in the state budget that’s due by April 1, raising the possibility that approval of retail sales of marijuana won’t get passed by the Legislature this year.

The Democrat told reporters during a 75-minute news conference at the state Capitol that while he still supports legalization, he’s not confident lawmakers will include it in the budget for the 2019-2020 state fiscal year.

There are just too many details on legalization that have to be agreed upon, Gov. Cuomo said.

Lawmakers could take up legalization in separate measures before they adjourn in June, though it could be more politically challenging for some lawmakers to vote yes if the measure isn’t linked to the budget.

Gov. Cuomo had wanted legalization to be included in the budget, along with a permanent limit on property tax, criminal justice reforms and new vehicle tolls for motorists entering central Manhattan. But rising concerns over safety voiced by parents and law enforcement organizations has legislators easing up on the gas pedal, Mr. Cuomo said.

Supporters want lawmakers to act quickly to catch up to neighboring states such as Vermont and Massachusetts that have already legalized recreational marijuana.

Gov. Cuomo and Mayor Bill de Blasio, a fellow Democrat, are counting on legalized marijuana to eventually bring in billions in tax revenues that will be used to fix the city’s ailing transit grid. Creating tolls to drive into the busiest parts of Manhattan and taxing people with second homes worth more than $5 million in the city would raise billions more for the nation’s oldest subway system, Mr. Cuomo said.

The marijuana issue was one of several topics the governor touched on during the news conference, along with his ongoing effort to fight last year’s federal tax overhaul and the estimated $3.8 billion shortfall in revenues the state faces over the next two years.

The governor has proposed a $175 billion budget; he and the Assembly and Senate failed to agree on a revenue forecast from which to start negotiating a budget. Both chambers plan to release their one-house budget bills later Monday. From those three proposals, Gov. Cuomo, Heastie and Stewart-Cousins will try to reach agreement on a final spending plan by the end of the month.