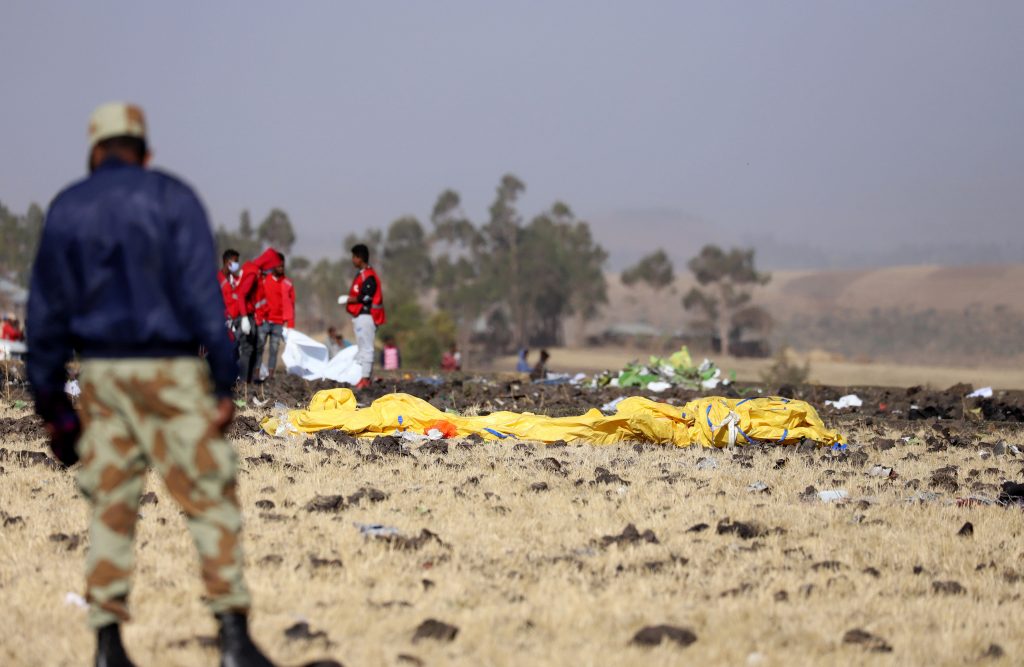 Ethiopian Airlines has grounded its Boeing Co 737 MAX 8 fleet until further notice, the airline said on its Twitter account on Monday, a day after a crash killed all 157 people on board one of its planes of the same type.

“Although we don’t yet know the cause of the crash, we had to decide to ground the particular fleet as extra safety precaution,” it said.

Ethiopian Airlines has a fleet of four 737 MAX 8 jets, excluding the one that crashed on Sunday, according to flight-tracking website FlightRadar24.

China on Monday ordered its airlines to suspend operations of their 737 MAX 8 jets by 6 p.m. (local time) following the crash in Ethiopia, the second of a Boeing 737 MAX jet since one operated by Indonesia’s Lion Air crashed in October.

In Ethiopia, parliament declared Monday a day of mourning for those killed in the crash. At the scene, men in Red Cross jackets picked through the cordoned-off site, putting items in black paper bags.

Kenyan authorities had managed to contact the families of 25 of the 32 Kenyan passengers, cabinet secretary for transport James Macharia told journalists at the airport on Monday.