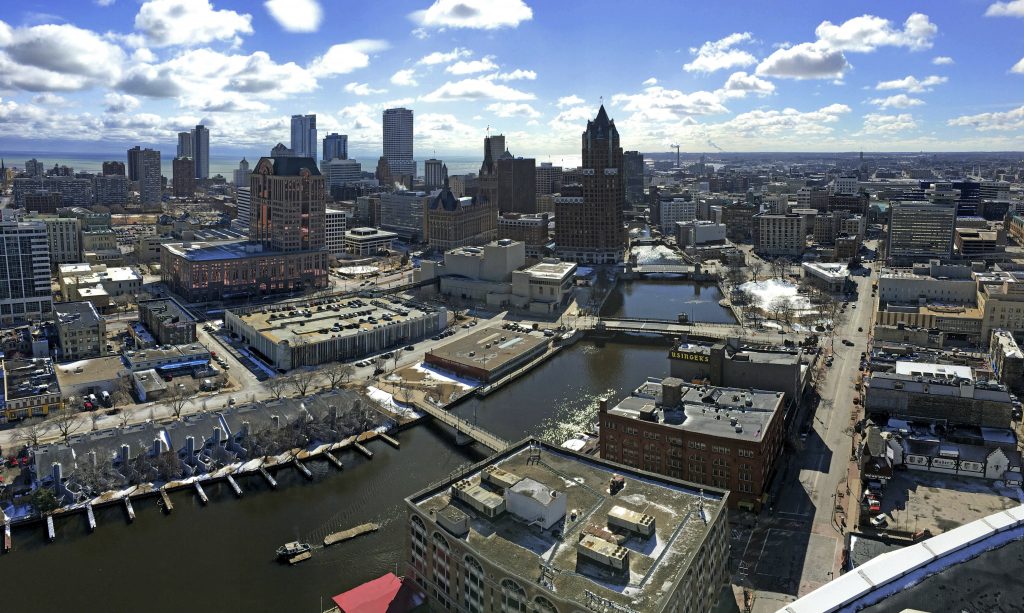 Democrats chose Milwaukee on Monday to host Democrats’ 2020 national convention, setting the party’s standard-bearer to accept the presidential nomination in the heart of the old industrial belt that delivered Donald Trump to the White House.

It will be the first time in over a century that Democrats will be in a Midwest city other than Chicago to nominate their presidential candidate. Instead, the political spotlight will shine for a week on a metro area of about 1.6 million people. Once dubbed as “The Machine Shop of the World,” the famously working-class city also is known for its long love affair with beer and as the birthplace of Harley-Davidson motorcycles.

Republicans are set to gather in Charlotte, the largest city in battleground North Carolina, on Aug. 24-27, 2020.

Democrats see plenty of symbolism in Milwaukee after a bitter 2016 election defined by Hillary Clinton being nearly swept in what her campaign aides had confidently called a “Blue Wall” across the upper Midwest and Great Lakes region. That band of states twice sided with President Barack Obama, but Clinton held only Minnesota, ceding Wisconsin, Michigan, Ohio and Pennsylvania — a combined 64 of the necessary 270 electoral votes — as white working-class voters flocked to President Trump.

The president won Wisconsin and its 10 electoral votes by about 23,000 votes out of almost 3 million cast, the first time since 1984 that Republicans claimed the state in a presidential election. Afterward, Clinton took withering criticism for not once visiting Wisconsin as a general election candidate.

Wisconsin Democrats pointed to those midterm election results as they lobbied Perez and DNC officials, and presidential candidates already are paying attention. Minnesota Sen. Amy Klobuchar came to Wisconsin in one of her first trips as a declared candidate.

In a political twist, Milwaukee officials have said the Republican Walker was instrumental in winning the convention. Democratic Party proceedings will play out in the new 17,500-seat arena that Walker helped build for a professional team by securing public financing from state lawmakers. Walker later lobbied GOP-leaning business leaders and donors to support Milwaukee’s effort to land the DNC.

Democratic officials in Washington said picking a convention site is as much about logistics as anything else, even as they acknowledge political optics and potential story lines.

On the logistics front, Milwaukee may have pulled somewhat of an upset, given its small footprint compared to Houston and Miami, cities long accustomed to hosting major events. Houston put on the Super Bowl as recently as February 2017.

Milwaukee organizers pitched their city — the Democratic stronghold of Wisconsin — as a resurgent downtown beyond just the arena and convention facilities. Home to some of the country’s biggest brewers, including Pabst, Schlitz, Miller and Blatz, the metro area has a redeveloped downtown, a hotel capacity exceeding 17,000 rooms and a new downtown streetcar line that opened in November.

Still, the city had to prove it has the overall capacity to satisfy the demands of tens of thousands of delegates, party activists, donors and media that will descend next summer.

DNC officials have said that the question wasn’t about hotel rooms, but whether Milwaukee has requisite venues for other convention staples, from daily sit-down breakfast meetings for 57 state and territorial delegations to evening events put on by state parties, corporations, lobbyists and donors. Even as Milwaukee officials insisted they have the venues, some deep-pocketed Democrats in nearby Chicago — a 90-minute drive — stepped in to note their proximity.

Houston and Miami, meanwhile, faced their own challenges.

Miami has an impressive concentration of luxury hotels, but many are in Miami Beach across bridges from downtown. That raised the prospect of delegates spending hours in traffic jams trying to get to convention facilities. The city’s arena also is not as new as in Milwaukee.

Houston had few if any logistical barriers. But according to party officials with knowledge of the process, the city’s organizing committee struggled to come up with the necessary financing without resorting to the oil and gas industry. That’s the city’s bread and butter, but it’s become anathema in Democratic politics because of the fossil fuel industry’s part in climate change. The city’s mayor also is embroiled in a long labor dispute with Houston firefighters — raising worries.

Also, though Houston and Miami are Democratic anchors in their states, Texas and Florida have no Democratic governor or senator between them.