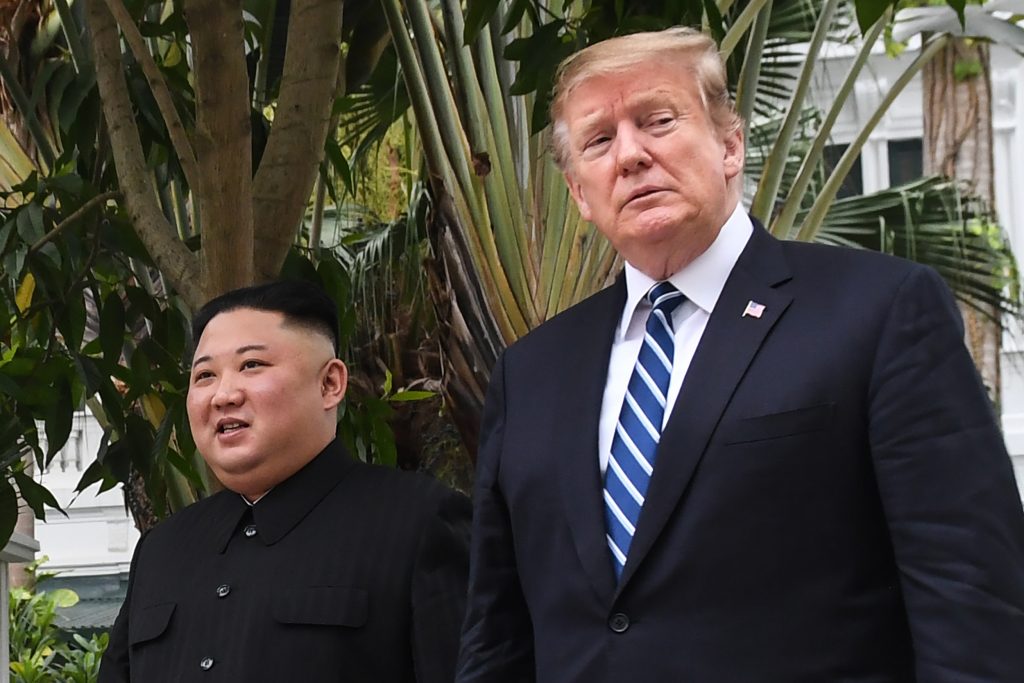 Having come away from the Hanoi summit empty-handed, North Korea is now inching toward provocation and simultaneously tugging at heartstrings.

On one hand, satellite images have detected activity at a launch facility and a missile manufacturing complex, sites North Korea knows full well are being closely watched, signaling the country may be gearing up for a rocket launch.

At the same time, through the United Nations, North Korea is pleading that it is facing a food shortage after a year of poor harvests and its people may soon go hungry.

The United Nations last week said that harvests in North Korea were down 9 percent in 2018, the lowest yield in a decade, and that 3.8 million people, 1 out of 7 North Koreans, were urgently in need of “life-saving aid.”

“This is part of, at the very least, framing sanctions in a different way than most of the world knows of them,” said Benjamin Katzeff Silberstein, co-editor of the North Korean Economy Watch and associate scholar with the Philadelphia-based Foreign Policy Research Institute. “To say that ‘Hey, it’s not just that we can’t export and import missile parts, it’s also causing our people to starve.’”

For the moment, much of Washington’s attention is trained on the potential provocation.

Commercial satellite images from immediately before and after the summit in Hanoi, Vietnam, signal North Korea is taking steps to launch a rocket, analysts said.

Satellite images from last week showed North Korea had completed rebuilding the key components of a vertical engine test stand and launch pad at Sohae Satellite Launching Station, also known as Tongchang-ri, according to analysts at the Washington-based Center for Strategic and International Studies.

South Korean intelligence agencies and U.S. analysts also spotted activity at Sanumdong, a facility near Pyongyang that has previously been used to produce intercontinental ballistic missiles, indicating a launch vehicle may have been loaded onto a train to be transferred to Sohae for a possible launch.

“The challenge is that both space launch vehicles and ICBMs are there — we can’t tell what is being loaded into vehicles,” said Melissa Hanham, a nuclear expert at the One Earth Future Foundation. “I don’t think anyone should freak out. There will be many more clues before there is any kind of launch.”

Hanham said in all likelihood, North Korea will launch a space rocket rather than test a missile, because Sohae has only been used for space launches and every ICBM launch has come from a mobile launcher. Even so, the timing would send a message, she said.

“You don’t have to do a space launch right now. North Korea is being a little provocative,” Hanham said.

The U.S. has always considered space launches by North Korea problematic because it uses the same technology as long-range missiles. A 2012 deal between the Obama administration and North Korea for food aid in exchange for a freeze in uranium enrichment fell apart after North Korea attempted to send a satellite into orbit.

A senior State Department official told reporters last week that the Trump administration would also consider a space launch as “inconsistent” with Kim’s pledge to Mr. Trump that the country would not conduct any missile tests.

“We don’t know why they’re taking these steps. We don’t know what they intend to do with it,” said the official, speaking on condition of anonymity. “But suffice it to say we’re watching closely, and we expect them to abide by the commitments that they’ve made to the president of the United States.”

Asked if the U.S. is taking the steps toward a launch as a sign that Kim is “angry about not getting more sanction relief offered,” the official responded: “We have not drawn the same conclusions that you cited.”

Meanwhile, North Korea is also making the case that the international sanctions placed on the country after a series of nuclear and missile tests in 2017 are hurting its people.

In a leaked memo in the lead-up to the Hanoi summit, a North Korean official pleaded for assistance from international organizations to address an impending food shortage that he said was caused not only by abnormally high temperatures and natural disasters, but by “barbaric and inhuman sanctions.”

While humanitarian assistance is exempted from sanctions, the official said they still affected food production by limiting the availability of equipment, including tractors and harvesters, as well as chemicals such as fertilizers, pesticide and herbicide. Government-distributed rations were cut from 550 to 300 grams because of the shortage, according to the memo.

After the talks between Mr. Trump and Kim abruptly ended, North Korea’s foreign minister told reporters Kim had only asked for the removal of sanctions that “hamper the civilian economy and the livelihood of our people.” The U.S. said North Korea asked that the vast majority of them be lifted.

Hazel Smith, a veteran North Korea scholar who was previously based in North Korea working for U.N. agencies, said it would be a “very big mistake” to dismiss the request for aid as a government ploy.

Smith, professor of international relations at the School of Oriental and African Studies in London, said there was no doubt restrictions on North Korea’s oil imports, imposed in September 2017, led to decreased agricultural productivity.

“This is not speculation, this is how agricultural works,” she said in an interview. “There is a direct relationship between oil sanctions and agricultural output, and therefore food security.”