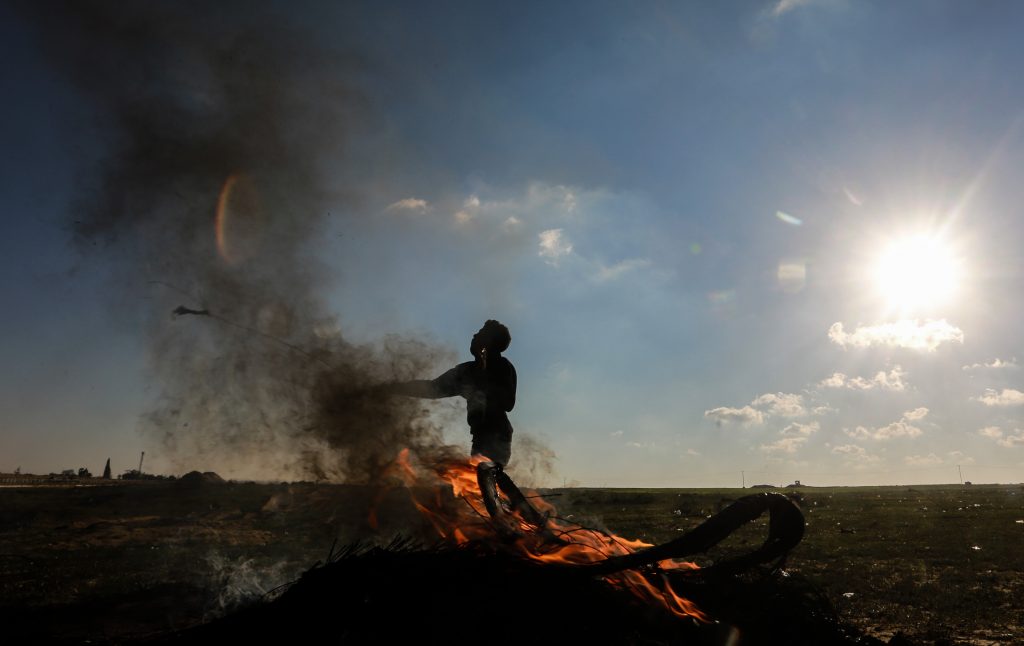 Israel overnight Motzoei Shabbos struck Hamas targets in Gaza, after the terror group fired a missile at Israeli territory. The early morning raid targeted several Hamas outposts in northern Gaza, as well as several boats belonging to Hamas. In a statement, the IDF said that the attack was “in response to Hamas terror activities, including the dispatching of terror balloons in recent days.”

The terror balloons referred to in the statement were dispatched throughout the day Friday and Shabbos. Witnesses said that dozens of balloon clusters were seen over the southern Negev, with several exploding in the air. One terror balloon found Friday afternoon in a wooded area near the Gaza border fence had the explosive part of an anti-tank missile attached to it.

On Motzoei Shabbos, Red Alert warning sirens were sounded in towns along the Gaza border fence. No explosion was heard, and an unexploded mortar shell was later found in the Kerem Shalom neighborhood. This was the fourth night in a row that the Red Alert siren sounded in the region.

The missile and balloon attacks were accompanied by weekend rioting along the Gaza border fence. On Friday, nearly 10,000 Arabs gathered and threw rocks, bricks and firebombs at IDF soldiers. Soldiers responded with anti-riot measures. Forty-eight rioters were injured, and one died of his wounds later. A resident of Netiv Ha’asarah, a town near the border, said Motzoei Shabbos that he had found a bullet lodged in the ceiling of his house, apparently fired by Gaza terrorists.

After talks between Hamas and Egyptian security officials on calming the situation broke down last week, the talks were revived over the weekend, and reports said that new “understandings” had been reached. Hamas has told Israel that it is not interested in escalating tensions at this time, but wanted Israeli help in repairing a damaged electrical line that has been causing extensive blackouts in Gaza. Previous reports said that Hamas had been demanding that it receive $20 million a month in payouts by Qatar, instead of the $15 million it currently receives.