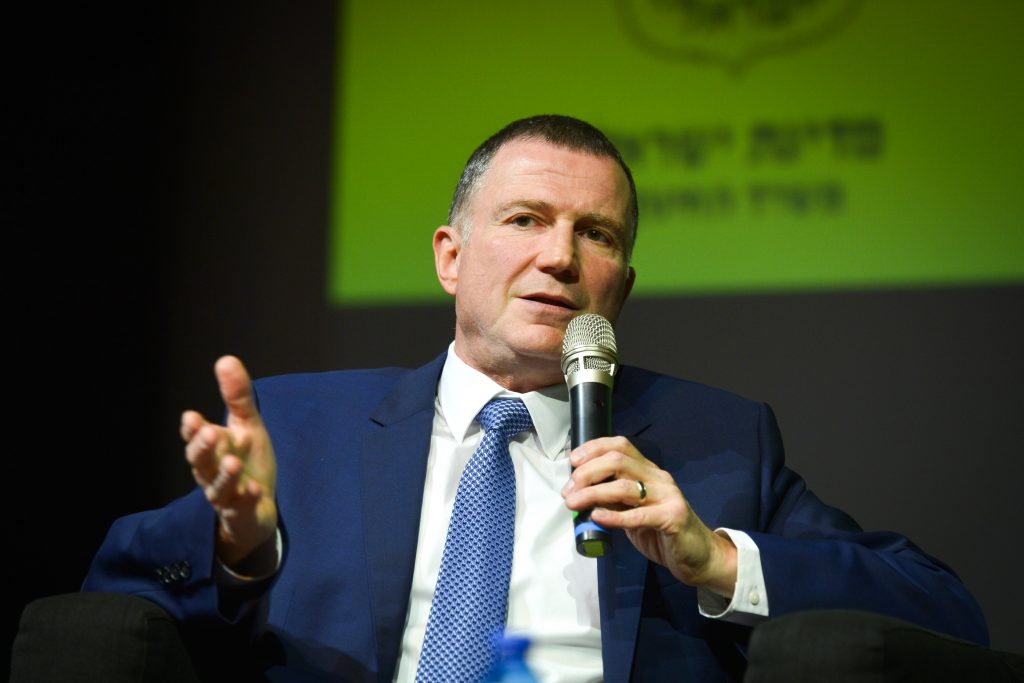 In a rare show of appreciation for Israel’s left wing, Knesset Speaker Yuli Edelstein (Likud) said that they have been more successful in overcoming personal ambition in order to achieve unity than the right wing.

“I want to acknowledge the responsibility that was shown on the left,” Edelstein said. “They said that the egos could not be overcome to form a union. In the end they united and there were a few others who were willing to unite. Tzipi Livni retired so that she would not endanger their bloc. On the other hand, each of us wants to be …[a] deputy and establish his own party. It’s irresponsible and they will not tell me they’re doing it for the Land of Israel,” he was quoted as saying by Arutz Sheva.

“Based on years of experience in politics…each party cares only for itself and wants to win a maximum number of seats. Because if you give up, you crash. So, I suggest that the Likud and other parties take care of each other and see what will ultimately happen,” he said.

The Likud MK, who won first place in the primaries after party chairman Binyamin Netanyahu, was less admiring of the rival Blue and White party platform, released last week.

“What struck me was that even after the publication of the platform, I did not understand what it was about. These are good people, but I did not understand what their common denominator was. I will give an example of this. If the Likud issues a platform and writes that we will strive with all our might to establish a Palestinian state while handing over all of Judea and Samaria, would you believe that when you know that people like Edelstein, Hotovely, Yariv Levin, Elkin [all of whom oppose a Palestinian state] and others are there?

“So too, here. I ask myself, will MK Yael German, who was in Meretz, and Ofer Shelah (Yesh Atid) accept this attempt to make Blue and White centrist? Therefore, I am not impressed and very much hope that people will not run after vague formulations in the platform but will examine the record and public activity of the candidates.”

“We will smile and say ‘no’ to [President Donald] Trump when he proposes his ‘Deal’.” Smotrich said at a panel discussion held at Tel Aviv University.

As a candidate for Education Minister in the next Netanyahu government, Smotrich called Citizenship classes “a religion of liberal democracy we are all forced to learn,” he vowed to change what is taught, if given the chance, that he would combat the liberal “indoctrination” that currently takes place.

On the same panel, Joint List leader Ayman Odeh said, “I have no doubt we [Arab-Israelis] will head to the ballots in droves to replace this right-wing government,” making reference to a warning to Likud supporters by Prime Minister Netanyahu in the last election that the “Arabs are coming to vote in droves.”

In case the right and left blocs will be balanced and require the cooperation of Joint List to form a coalition, he said, “we will wait until [Benny] Gantz and [Yair] Lapid will come to us, they need to sweat a little, tell us what they think about the Palestinian issue.”

The Likud has alleged that Blue and White will use the Arabs to prevent Mr. Netanyahu from forming a government.

Meanwhile, Histadrut chairman-on-leave, Avi Nissenkhorn, No. 5 on the Blue and White list, said the Likud’s attempt to blame him for a Sunday strike on two railway lines was false.

“This is Bibi’s fake news, as he always knows how to do. As everyone knows, I’m already on vacation and am not dealing with these issues. In all the years I served as chairman of the Histadrut, there was no strike on the train,” he told Channel 13.