Israel Blue and White Not Getting Along?
Israel 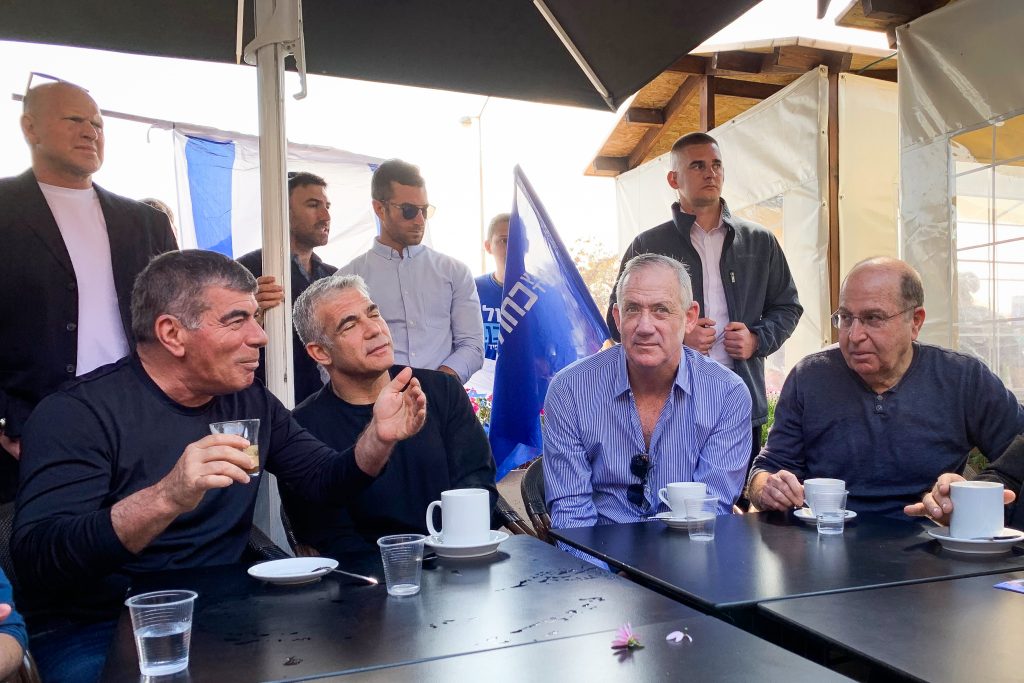 Blue and White party officials dismissed reports of bickering between its two main factions, Israel Resilience and Yesh Atid, which coalesced for the April elections.

Sources in the party claimed that friction had arisen over sagging poll numbers in recent days, each accusing the other, and some wondering if combining the two parties (with Moshe Yaalon’s Telem) was the right decision after all, The Jerusalem Post reported on Sunday.

“The campaign is ineffective and not sharp,” the report said Yesh Atid officials told their Israel Resilience counterparts.

“The campaign worked terrific until you arrived,” was the latter’s snappy retort.
Blue and White issued a statement insisting that there’s wonderful relations and teamwork between the party leaders and their advisers and that the reports were “gossip and political spin from stressed political opponents.”

MK Michael Malkieli (Shas) derided Blue and Whites electoral prospects. Referring to the agreement made by Benny Gantz and Yair Lapid to take turns as prime minister, if elected, he said:

“The only rotation that Gantz and Lapid will do is to serve as chairman of the opposition. They have no possibility of forming a coalition, and Binyamin Netanyahu is the one who will form the next government. It is our duty to ensure that Shas has a strong hand in order to ensure that the state budget goes to the weak and to maintain the status quo.”