Israel Ben-Gvir: Liberman Libeled Me, Now He Will Pay
Israel 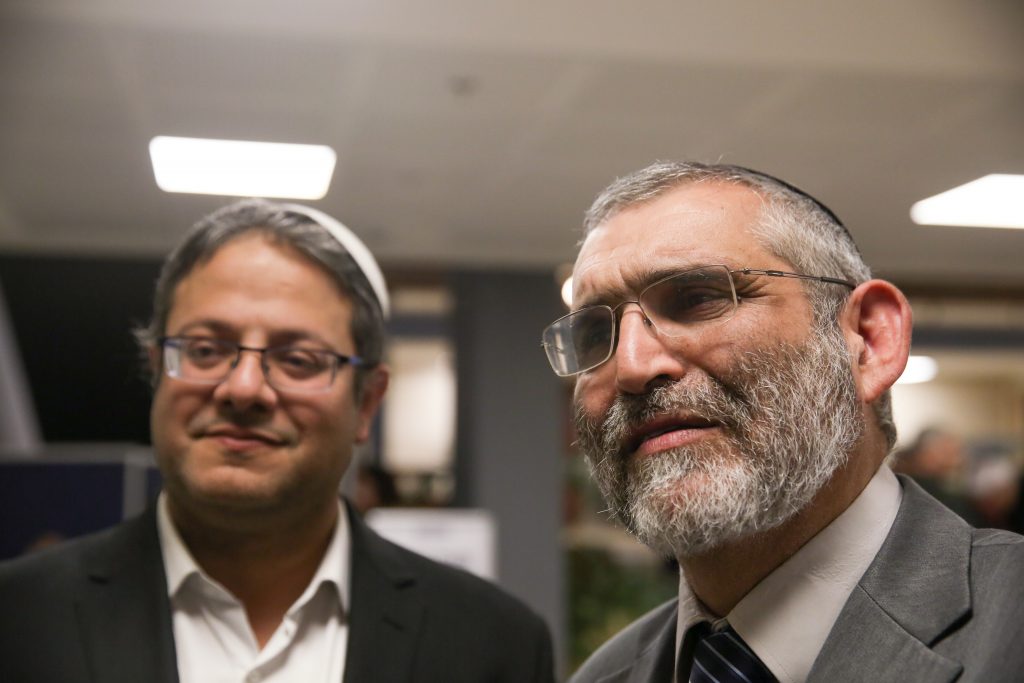 As promised, attorney Itamar Ben-Gvir, number 8 on the United Right List, on Sunday filed a lawsuit seeking NIS 250,000 in damages from Yisrael Beytenu head Avigdor Liberman, after the latter suggested that Ben-Gvir might be a Shin Bet agent, sent by the agency to infiltrate the right and cause dissent. The lawsuit was filed after Liberman made the comments in a radio interview Thursday. Ben-Gvir gave Liberman 48 hours to apologize for his remarks, but as no apology was forthcoming, Ben-Gvir said Sunday, he was suing Liberman.

“I understand that Liberman is under pressure,” Ben-Gvir said in a statement. “He sees the polls and understands that his supporters are rushing to our party, the United Right List, and he is not going to pass the electoral threshold. But there are things that you are not allowed to say – and to claim that I am a Shin Bet agent is worse than if I were to claim that Liberman was a KGB agent. As a result, I have filed a libel lawsuit against him. There are people who don’t just talk, but do. He defamed me, and now he will pay.”

In the interview on Reshet Bet, Liberman said that “I am not at all sure that Ben-Gvir is who he presents himself to be, or a type of ‘Champagne’ agent. I have doubts about his type.” The reference to “Champagne” is to Avishai Raviv, the undercover Shin Bet “handler” who surreptitiously worked with Yigal Amar. Many on the right believe that Raviv was instrumental in pushing Amir too far, eventually goading him into killing Prime Minister Yitzchak Rabin.

In the lawsuit, Ben-Gvir said that the statements could harm his standing in the Religious Zionist and activist circles he belonged to, that Liberman had made the comments with malice aforethought, and that he had no evidence on which to base the accusation. Quite the contrary; if there was anyone against whom it was inappropriate to make that accusation, it was himself, Ben-Gvir said, as it was he who was usually defending right-wing dissidents, among them “hilltop youth,” who were arrested by the Shin Bet on charges of attacking Arabs or committing “price tag” vandalism.

This is the second libel lawsuit Ben-Gvir has filed in the past week. Last Wednesday, he filed papers suing Labor MK Stav Shafir for NIS 500,000, after she called him a Nazi. “This is a person who runs around calling me a Nazi all over the country,” Ben-Gvir said. “We will not allow leftists to compare Jews to Nazis, who tried to destroy our people. MKs who do this should know that their Knesset immunity will not protect them, and they will have to take responsibility for their disgusting comments.”

In response, Shafir said that “the followers of Meir Kahane like attorney Ben-Gvir use threats to get what they want, but this time they will not succeed. They will no longer threaten me, or any other Israeli.” Also named in the lawsuit is Labor MK Michal Biran, who said that “I feel honored that Ben-Gvir considers me enough of a threat to his Kahanistic activities that he would sue me. Besides the evidence against them, the Kahanists are the last ones who can complain of incitement against them, when all they do is defame the 20% of the Israeli population who are Arabs.”