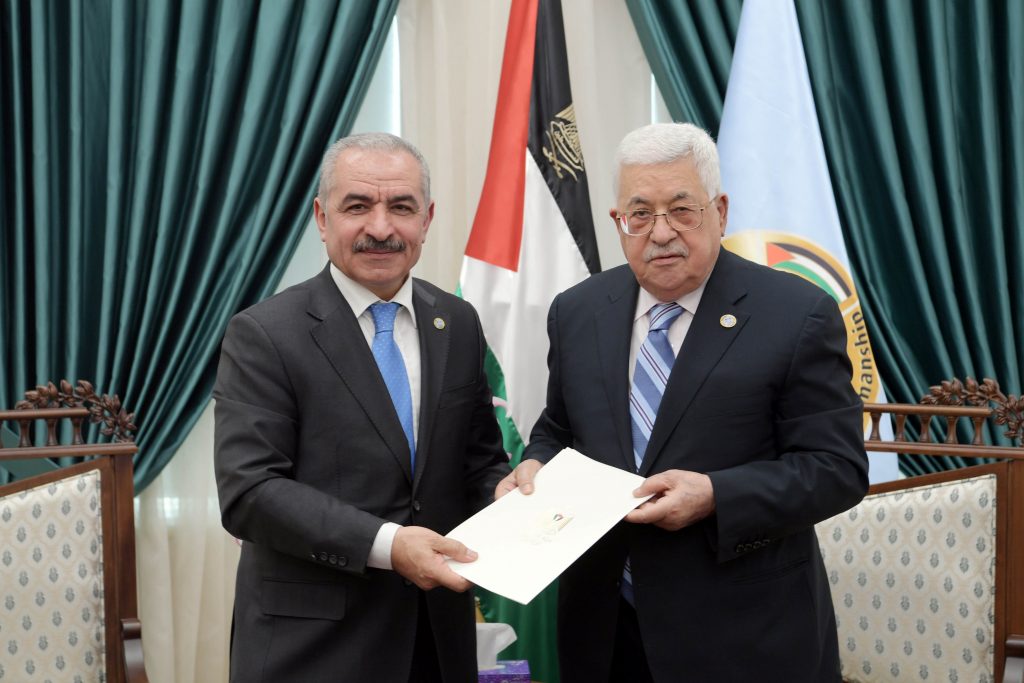 The Palestinian leader on Sunday chose a longtime adviser, Mohammed Ishtayeh as his new prime minister, a step that deepens the rift with the Gaza Strip’s ruling Hamas terror group.

The official Wafa news agency made the announcement, saying “President Abbas has given Mohammed Ishtayeh a mandate to form a government.”

The announcement puts a strong proponent of peace talks with Israel, and a fierce critic of Hamas, which has controlled the Gaza Strip since 2007, in charge of day-to-day Palestinian affairs.

Ishtayeh, a British-educated economist, is a top official in Abbas’ Fatah movement and veteran of past rounds of peace talks with Israel.

Sunday’s appointment reflects the failure of years of efforts to reconcile with Hamas.

Ishtayeh succeeds Rami Hamdallah, who had overseen a unity government formed nearly five years ago with the goal of reaching a conciliation deal with Hamas.

Those attempts made little headway, and collapsed a year ago when Hamdallah’s motorcade was targeted by a roadside bomb in Gaza.

Hamdallah announced his resignation in January after years of failure in reconciliation efforts.

Fed up with the lack of progress, Abbas has slashed financial support for Gaza.

Ishtayeh is now expected to appoint a new Cabinet of Fatah supporters with a heavy focus only on Yehudah and Shomron.

Ishtayeh, who is in his early 60s, has a Ph.D. in economic development from the University of Sussex, according to his website. He has held several senior positions, including public works minister and a past peace negotiator with Israel. He currently is head of the Palestinian Economic Council for Development and Reconstruction, a body that works with international donors on economic development projects in the Palestinian territories.