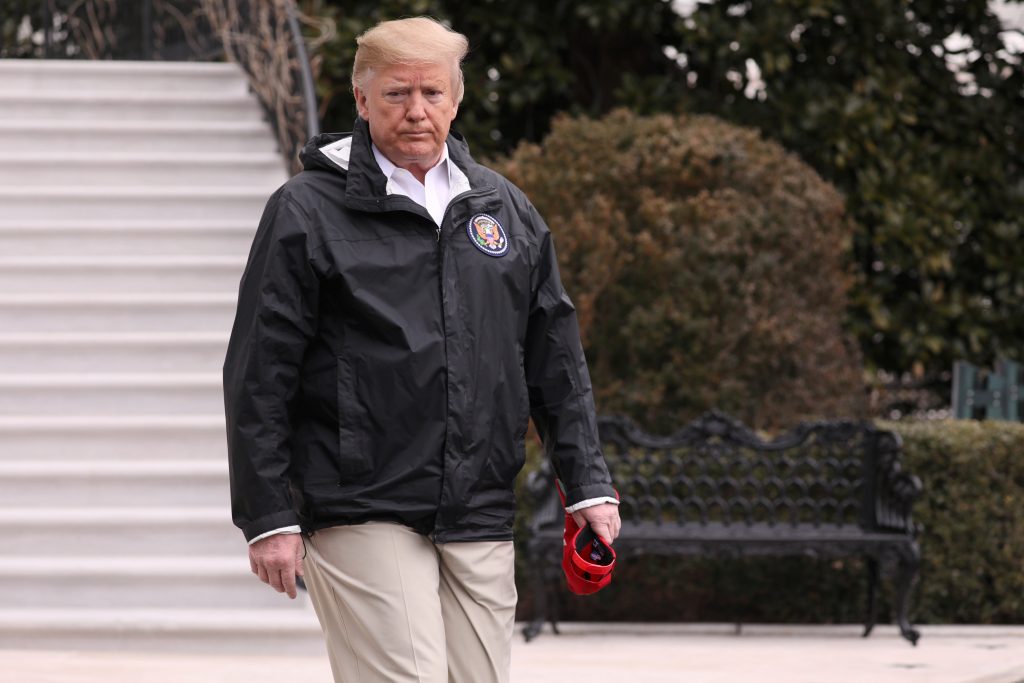 When President Donald Trump proposes his 2020 federal budget on Monday, official Washington will likely have a quick look, shrug and move on, marking another stage in the quiet decay of the U.S. government’s traditional policy-making processes.

There was a time when the release of the president’s budget was a red-letter day on the calendar of Washington wonkery, with policy experts and fiscal hawks delving into spreadsheets and expounding upon new spending plans and the national debt.

But the hoopla of budget day is gone, a relic of a time when politics were less polarized, the federal deficit drove political decisions and the White House and Congress still took the budget process seriously.

“It has seemed to me that budget day ain’t what it used to be,” said Robert Bixby, who has pored over the budget for more than 25 years at the Concord Coalition, a fiscal responsibility advocacy group.

Last year’s budget weighed in at a whopping $4.4 trillion. It was not balanced and was panned for relying on rosy economic projections and for not doing enough to cut the federal deficit.

The 2020 Trump budget will land a month after a deadline established in law, a lag blamed on the recent five-week partial shutdown of the federal government over a funding dispute.

Congress, which controls federal spending, is likely to dismiss Trump’s proposal, if recent history is any guide.

The Democratic-ruled House of Representatives and Republican-majority Senate also are unlikely to agree on a joint budget resolution of their own. Instead, they probably will stumble forward until fiscal 2019 ends and a spending deadline arrives on Oct. 1, forcing them to produce a last-minute deal or face another government shutdown.

“The entire process has become one of missed deadlines, make-believe budgets filled with gimmicks and magic asterisks,” said Maya MacGuineas, president of the Committee for a Responsible Federal Budget.

MacGuineas remembers in years gone by “scurrying around” to read through the budget as fast as possible so that she could answer a flurry of calls from reporters. These days, the budget is a blip on the news cycle, a process that is neither serious nor effective.

“I think it feels like a bit of kabuki theater at this point, for everybody,” MacGuineas said.

The White House disagreed. The budget process helps the administration set priorities for agencies for the year ahead and lays down a marker on issues, a senior administration official said, speaking on condition of anonymity.

“Of course, Congress has the power of the purse but the president’s budget plants a flag to define terms of the tax and spending debate in Washington,” the official said.

BUDGET ON A STRETCHER

The traditional budget and appropriations process was limping along well before Trump took office.

One of former President Ronald Reagan’s budgets in the 1980s was brought out on a stretcher as a stunt to show the document was alive and well, ahead of it being declared dead-on-arrival in Congress, recalled Stephen Moore, a senior fellow at the Heritage Foundation, a conservative think tank.

“What we have right now is essentially government by automatic pilot and that’s not healthy,” Moore said, describing the cycle of last-minute massive omnibus spending bills agreed on only when deadlines loom.

The budget and spending process has been further hobbled by lawmakers’ unwillingness to compromise and tendency to put off hard decisions while hoping for a shift in the next election cycle, said Kenneth Baer, an associate director in the Office of Management and Budget under former President Barack Obama.

With the national debt now topping $22 trillion and the deficit at $900 billion in 2019, it is unlikely that Washington will find its way to fiscal discipline without an overhaul of the process, said Bixby of the Concord Coalition said.

He said he is frustrated and worried that it could take a crisis to jolt change, like a recession or a failure to raise the government’s debt limit – something that needs to happen in coming months to avoid stumbling into a first-ever default.

“If they act as dysfunctionally this fall as they did last fall and throw the debt limit into the mix, it’s very, very toxic,” Bixby said.