World Trump Says He Would Be Disappointed If N. Korea Resumed Testing
World 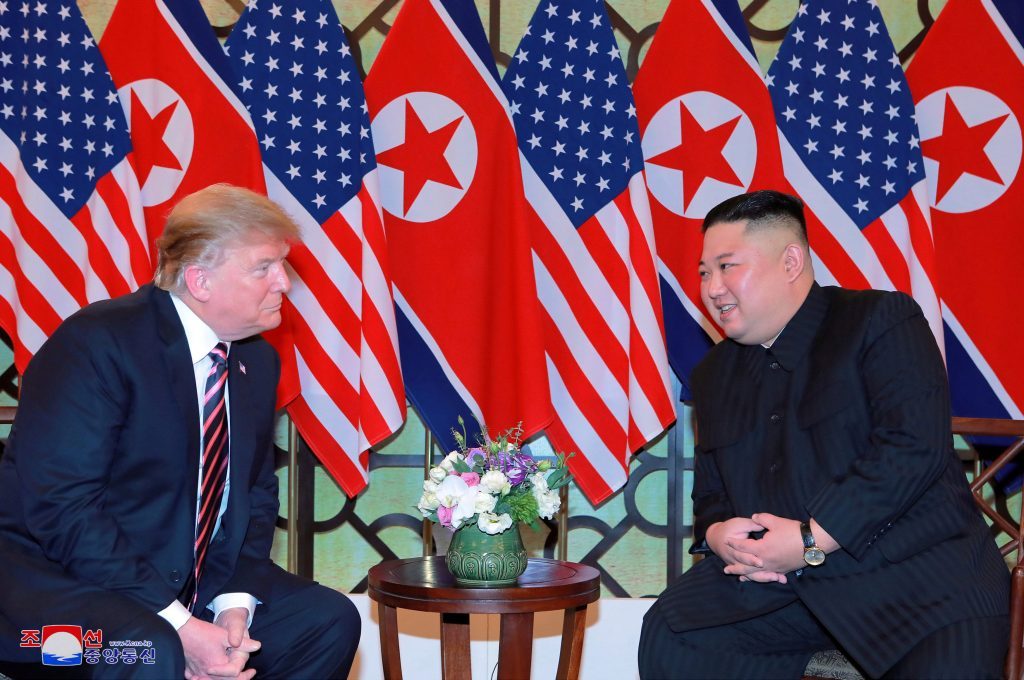 President Donald Trump said on Friday he would be disappointed if Pyongyang were to resume weapons testing and reiterated his belief in his good relationship with North Korean leader Kim Jong Un despite the collapse last week of their second summit.

“I would be surprised in a negative way if he did anything that was not per our understanding. But we’ll see what happens,” Trump told reporters. “I would be very disappointed if I saw testing.”

Trump’s comments came after two U.S. think tanks and Seoul’s spy agency said this week that North Korea was rebuilding a rocket launch site at Sohae in the west of the country.

There have also been reports from South Korea‘s intelligence service of new activity at a factory at Sanumdong near Pyongyang that produced North Korea‘s first intercontinental ballistic missiles capable of reaching the United States.

On Friday, U.S. National Public Radio quoted experts from California’s Middlebury Institute of International Studies as saying that satellite images of Sanumdong taken on Feb. 22 and on Friday suggested North Korea could be preparing to launch a missile or a space rocket.

One of the experts, Jeffrey Lewis, told Reuters the activity at the two sites was “probably connected.” NPR said the Feb. 22 photos showed cars, trucks, rail cars and two cranes at Sanumdong, while in those taken on Friday, the activity had died down and one of the cranes had disappeared.

Other experts, including Joel Wit at 38 North and Michael Elleman of the International Institute for Strategic Studies, considered the conclusion speculative.

“In the past there have been multiple reports about activity at this place that turned out to be false alarms,” Wit said, referring to Sanumdong. “It could either be preparation for an eventual launch or not.”

The White House and the Pentagon did not immediately respond to requests for comment. The State Department declined to comment.

North Korea has frozen nuclear and missile testing since 2017, and Trump has pointed to this as a positive outcome from nearly a year of high-level engagement with North Korea.

Sohae has been used in the past to test missile engines and to launch rockets that U.S. officials say have helped development of North Korea‘s weapons programs. A senior U.S. State Department official said on Thursday that any launch from there would be “inconsistent” with North Korean commitments.

Kim pledged at a first summit with Trump in Singapore in June that the engine test site and launch platform at Sohae would be dismantled. He repeated the pledge in a summit with the South Korean president in September.

Trump said he thought his and the U.S. relationship with Kim and North Korea was “a very good one.”

“I think it remains good,” he said.