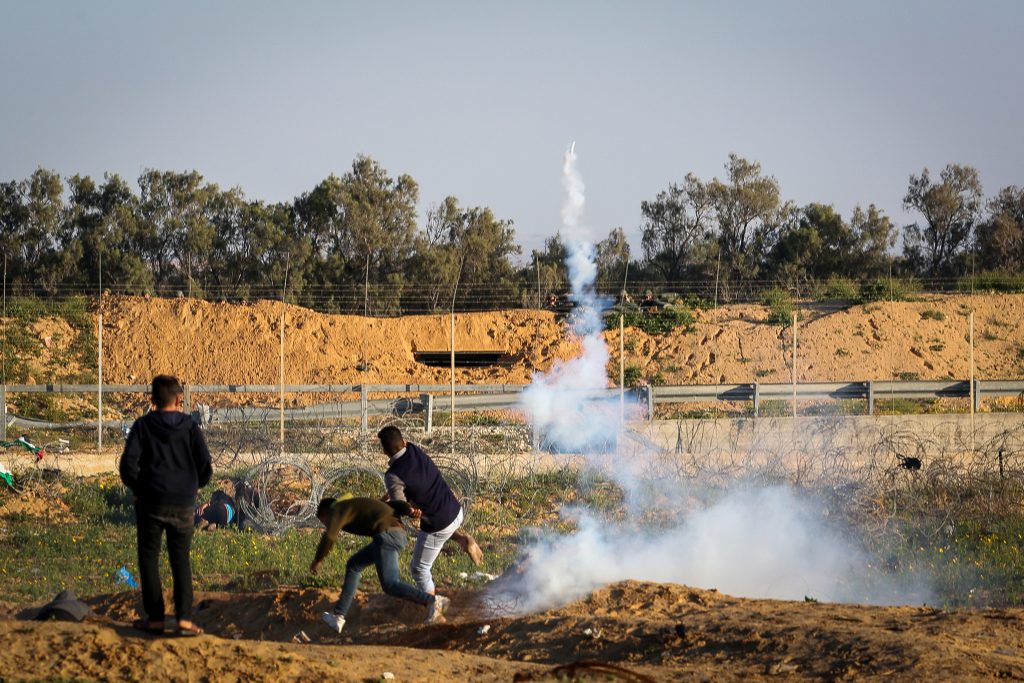 Gaza terrorists on Shabbos morning dispatched a terror balloon with a missile warhead attached, and unconfirmed reports said that a drone had been flown into Israel from Gaza Motzoei Shabbos. The two incidents were further evidence of a deterioration of the security situation in the south, after some 10,000 Gaza Arabs rioted Friday afternoon and evening, and Hamas terrorists fired a mortar shell at Israel late Friday. IDF forces responded to the mortar shell by attacking a Hamas outpost and Hamas terror tunnel infrastructure.

A Red Alert warning siren was sounded Motzoei Shabbos in towns along the Gaza border fence. Officials said that a missile was fired from Gaza and exploded in an open area. No injuries or damage were reported. Channel 20 reported Motzoei Shabbos that a drone had been dispatched to Israel from Gaza. The drone was downed near the security fence.

The terror balloon was found Friday afternoon in a wooded area near the Gaza border fence, and was one of several balloons that were dispatched by Gaza terrorists at Israel. The balloon that was found had the explosive part of an anti-tank missile attached to it. Another balloon exploded in the air over Gaza. Reports said that several dozen balloons with explosive devices were dispatched on Shabbos by Gaza terrorists.

Also Friday afternoon, IDF forces received a report of two Gaza Arabs who had infiltrated the border fence. Security forces rushed to the scene of the breach and gave chase to the two Arabs, who were caught after a short chase. The IDF said in a statement that a search of their possessions yielded a knife and a hand grenade, and that they admitted that they were on their way to carry out a terror attack.

In rioting at the Gaza border fence Friday, nearly 10,000 Arabs gathered and threw rocks, bricks and firebombs at IDF soldiers. Soldiers responded with anti-riot measures. Forty-eight rioters were injured, and one died of his wounds later.