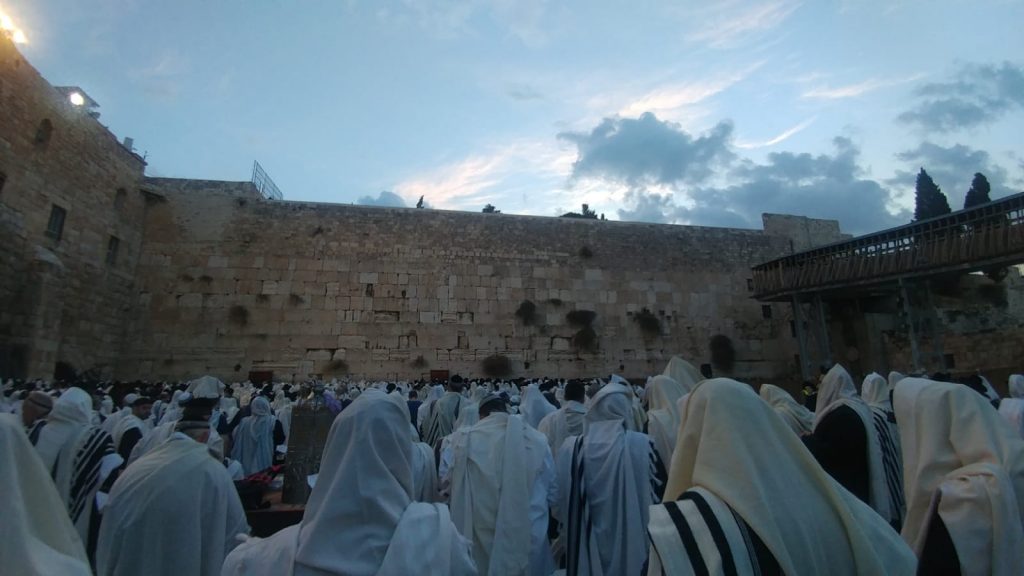 In response to the expected provocations by reform groups at the Kosel on Friday, the second day of Rosh Chodesh Adar, groups from the entire spectrum of observant Jewry marshaled their resources – and delivered as many as 20,000 mispallelim at the Kosel Friday morning, possibly a record for a “regular” Rosh Chodesh, Channel 20 reported.

As a result, the reform groups, notably Women of the Wall, were unable to make much of an impact with their traditional provocations, and after some words with officials and observant groups, decided to leave the Kosel Plaza.

The large crowd was the result of organized efforts by dozens of yeshivos – chareidi, hesder and others – as well as women’s seminaries, to counter what Women of the Wall had promised would be its largest provocation ever. The group, which is celebrating its 30th anniversary on Rosh Chodesh, promised to bring 1,000 women to the Kosel Plaza, but Channel 20 reported that barely a few dozen showed up.

Their attempts to daven on the men’s side of the mechitzah were stymied, because there was simply no room for them, given the large crowd. The frustrated group, Channel 20 reported, began lashing out at mispallelim, but this too did not work, because they could not make themselves heard over loudspeakers which were broadcasting the Shacharis service loudly. Several of the group attacked seminary girls on the women’s side of the mechitzah, but police intervened.

Speaking Friday, Harav Shmuel Rabinowitz, Rav of the Kosel and the Holy Places, said that “I would ask people not to bring their political disputes to the Kosel. This is not a place for the discussion of philosophies, nor is it a place for protests. Let the Kosel alone, let us not turn Adar, a month of happiness, into one of mourning and division. The mitzvos of Purim command us to bring unity to our people.”