NY Bill Would Allow Minors Get Vaccinated Without Parental Permission 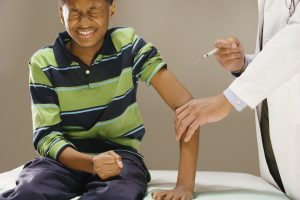 A new bill introduced in the New York state Legislature would allow minors to get vaccinated without parental consent.

The legislation announced Friday by Assemblywoman Patricia Fahy and Sen. Liz Krueger would authorize anyone 14 or older to get immunizations even if their parents object.

The two Democrats say the change is needed because too many parents have accepted dubious, unsupported claims about vaccine safety. They say the problem is prompting a resurgence of diseases like measles and endangering children who cannot be immunized for legitimate medical reasons.

Earlier this week, an Ohio teen testified before Congress about how he defied his mother’s anti-vaccine beliefs by getting his shots when he turned 18. Ethan Lindenberger told federal lawmakers that more must be done to combat fraudulent claims about vaccine safety.