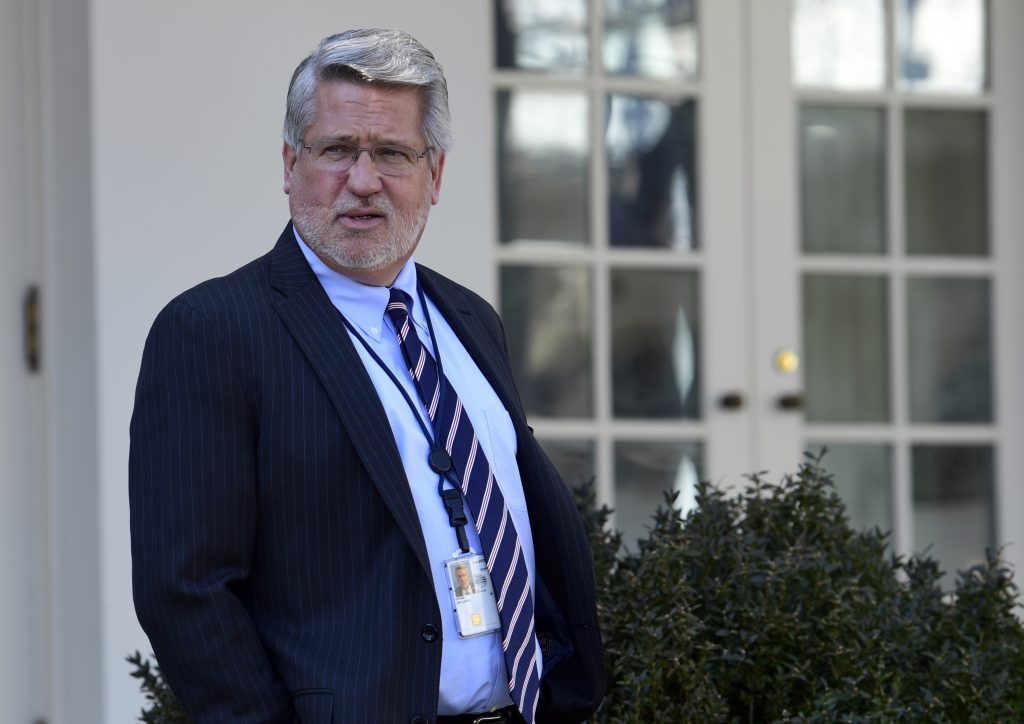 Trump said in a statement released by the White House that Shine “has done an outstanding job working for me and the administration.” Trump said he looks forward to working with Shine on the campaign.