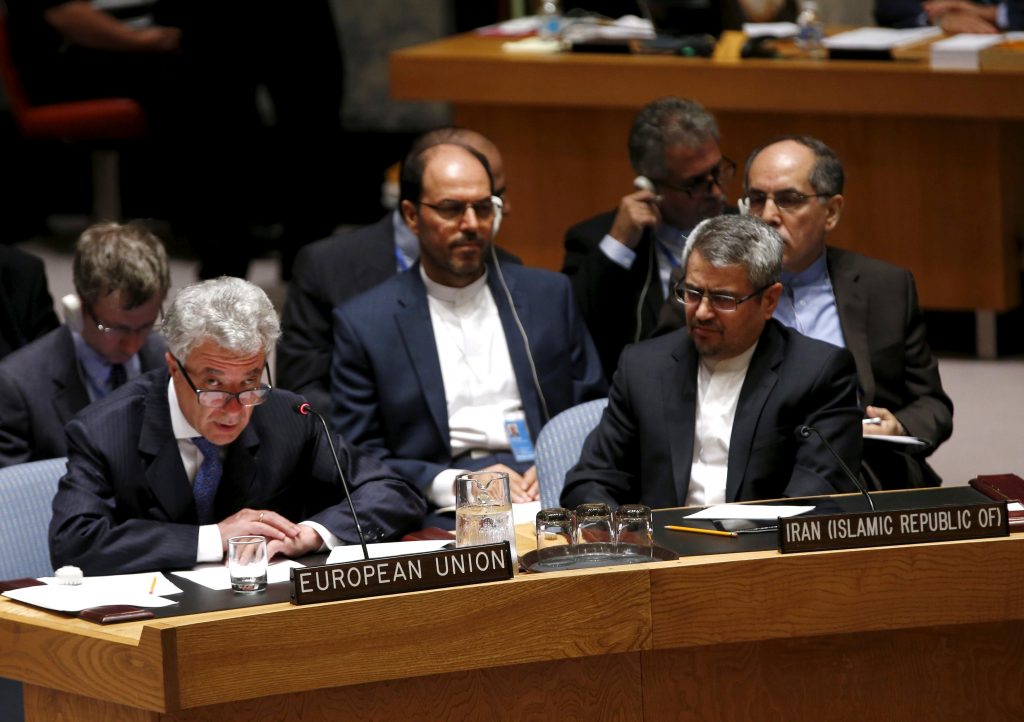 The United States accused Iran on Thursday of defying a U.N. Security Council resolution with one ballistic missile test and two satellite launches since December and urged the council to “bring back tougher international restrictions” on Tehran.

A 2015 U.N. resolution “called upon” Iran to refrain for up to eight years from work on ballistic missiles designed to deliver nuclear weapons following an agreement with six world powers. Some states argue that the language does not make it obligatory.

In a letter to the 15-member council, acting U.S. Ambassador to the United Nations Jonathan Cohen said Iran tested a medium-range ballistic missile on Dec. 1, 2018, and attempted to place satellites in orbit on Jan. 15 and Feb. 5.

“Iran has carried out these three launches in defiance of the expressed will of the U.N. Security Council, and such provocations continue to destabilize the entire Middle East region,” Cohen wrote.

Iran says its missiles are not designed to carry nuclear weapons. The Iranian mission to the United Nations was not immediately available to comment on the U.S. letter.

At a Security Council meeting in December, Secretary of State Mike Pompeo urged the body to toughen that measure to reflect language in a 2010 resolution that left no room for interpretation by banning Iran from “activity related to ballistic missiles capable of delivering nuclear weapons, including launches using ballistic missile technology.”

Cohen’s letter called upon the council to “join us in imposing real consequences on Iran for its flagrant defiance of the council’s demands and bring back tougher international restrictions to deter Iran’s missile program.”

The United States has not yet proposed any concrete action by the council to toughen missile restrictions on Iran. Any such move would likely be opposed by veto-powers Russia and China.

Most U.N. sanctions imposed on Iran were lifted in January 2016 when the U.N. nuclear watchdog confirmed that Tehran fulfilled commitments under the nuclear deal with Britain, France, Germany, China, Russia and the United States. But Iran is still subject to a U.N. arms embargo and other restrictions.

The U.N. sanctions and restrictions on Iran are contained in the 2015 resolution, which also enshrines the 2015 Iran nuclear accord. European powers have been scrambling to salvage the deal following U.S. President Donald Trump’s withdrawal of the United States in May 2018.