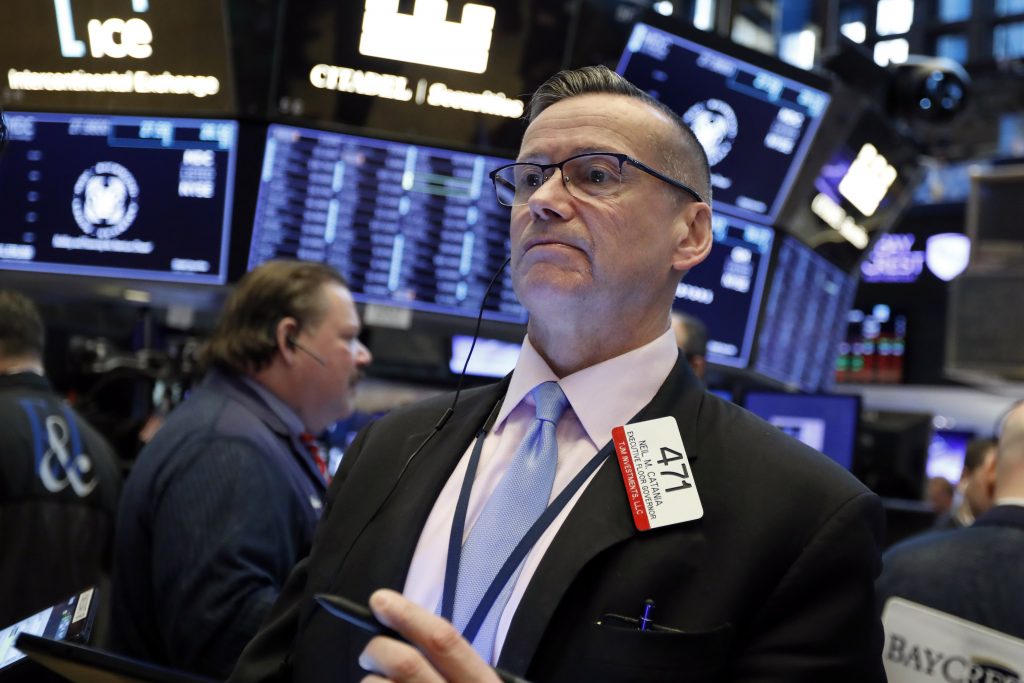 U.S. stocks fell in afternoon trading, led by banks and technology companies, putting the market on track for its first losing week since January.

A lack of concrete news on trade and lingering economic concerns has been weighing on stocks all week. Investor optimism about progress in trade talks between the U.S. and China appears to be waning. Media reports have signaled that a deal could be struck this month, but there is less confidence in any of the major issues being resolved.

China faces a slowdown in economic growth that analysts fear could impact the global economy. Meanwhile, the U.S. trade deficit ballooned, in large part because of costly tariffs brought on by its damaging trade war with China.

China’s government has also taken up a series of stimulus measures The Federal Reserve in the U.S. has pulled back from raising interest rates, acknowledging potential threats to economic growth.

TAXING QUARTER: H&R Block rose 3 percent after the tax software and preparation company told investors it remains on track to hit its financial forecast for the fiscal year.

The company reported a delay in tax returns filed during its fiscal third quarter that hurt revenue. The company’s fourth fiscal quarter, the height of tax season, is typically its strongest.

The ECB took unexpectedly quick action Thursday, pushing back the earliest date of interest rate increases and announcing a new round of cheap loans to banks. It said it will not raise rates before the end of this year at the earliest. Previously, it had said that earliest rate hike would come in the fall.

ANALYST’S TAKE: “We were obviously weak early based on the ECB report,” said Mark Hackett, chief of investment research for Nationwide Investment Management. “It was just kind of a reality hitting that Europe is weaker than we had hoped.”