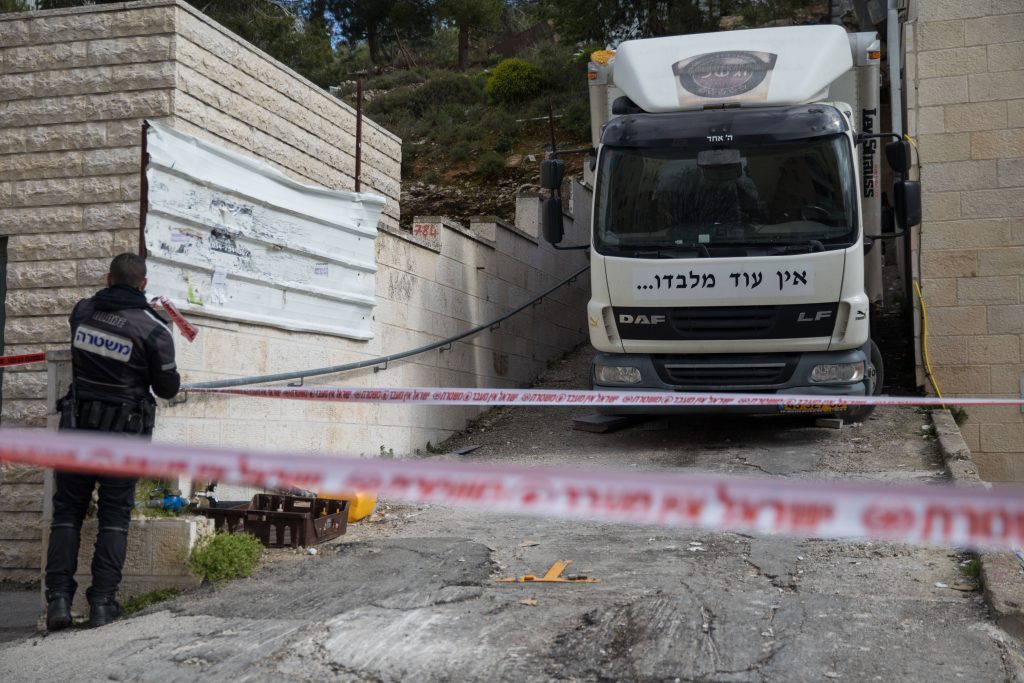 A truck driver was crushed to death on Thursday afternoon after he was trapped between a wall and the back ramp of his truck as he unloaded it on Rechov Katzenellenbogen in Har Nof, Yerushalayim.

The accident occurred near Yeshivas Chayei Moshe, where the driver had seemingly come to deliver goods.

The driver was critically injured and firefighters and emergency were summoned to try extricate the man. Unfortunately, the medics had to confirm his death.

United Hatzalah volunteer EMT Michael Gruskot, who was one of the first responders at the scene, said, “When I arrived at the scene, I saw the truck driver, a man in his early 20s, trapped against a wall after his truck had pinned him there. He was in critical condition. Firefighters worked to extricate the driver from the truck. After he was extricated he was pronounced dead at the scene.”