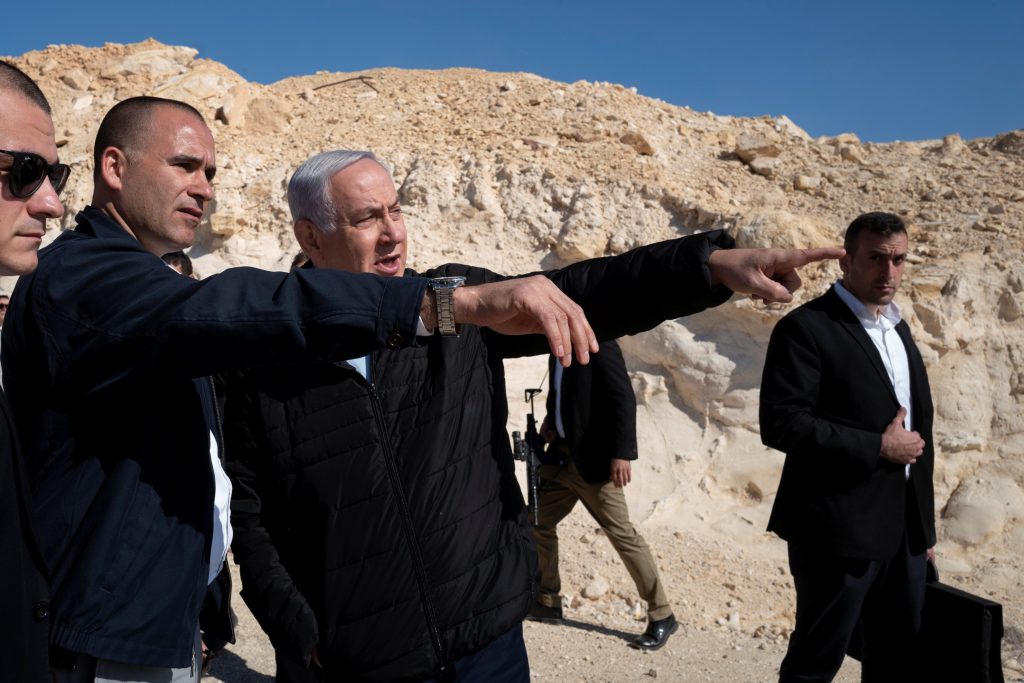 Prime Minister Binyamin Netanyahu warned Hamas on Thursday that Israel will respond harshly to any violence coming from the Gaza Strip.

“Hamas should understand that any display of aggression will be met with twice as great a response from the Israeli side,” he said during a tour of the security fence along the Egyptian border amid a surge in attacks from Gaza.

“It is better they understand this now than afterwards,” Netanyahu added.

Netanyahu hailed the fence as “a phenomenal success. It has completely stopped the infiltration of hundreds of thousands from Africa and the entrance to Israel of terrorists from the Sinai.”

An IDF tank fired at a Hamas post in the northern Gaza Strip after military equipment along the border fence was fired on earlier Thursday, according to the army.

B’chasdei Shamayim, no injuries were reported among the Israeli soldiers.