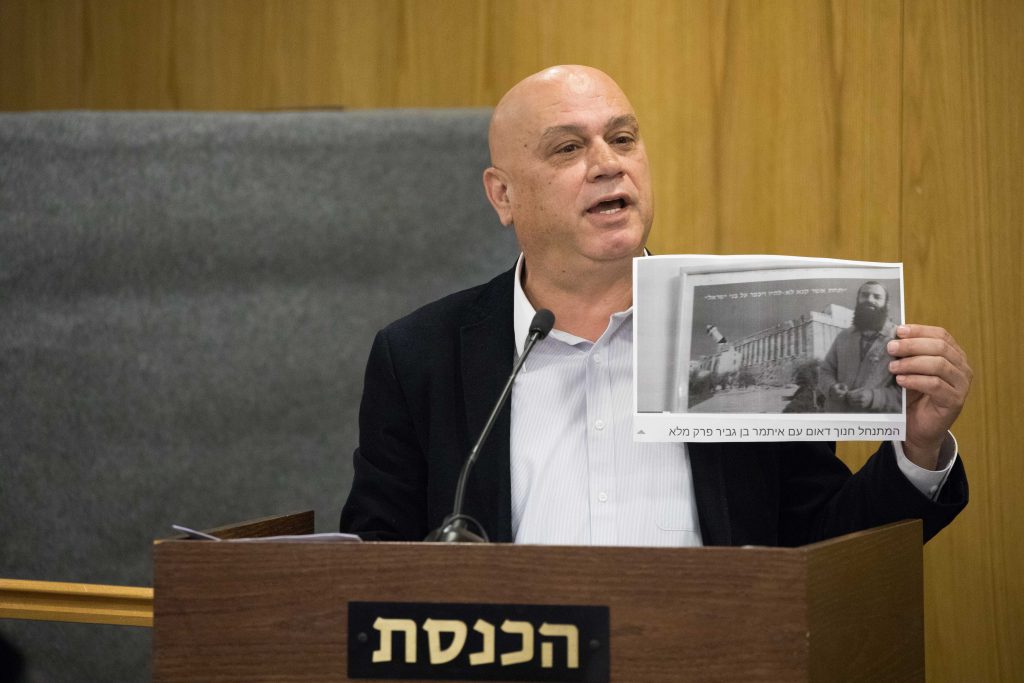 Arab politicians reacted angrily to the banning of the Balad-Ra’am list from running for the Knesset in the upcoming election. In a statement, the party said that the decision was “purely political, racist and populist, designed to harm the standing of Arab representation in the Knesset. Balad-Ra’am presents a democratic platform and works for equality between all citizens. It is clear that there is no basis for the list’s being banned, and all the complaints that were made have been raised in the past and been rejected by the High Court.” Ta’al list head Ahmed Tibi said that the ban of the Arab list and of Kassif “is racist and impossible to understand, but it shows that the Central Election Committee is a radical rightwing group. I am positive the High Court will cancel this decision.”

This time, however, the court may not be involved in the decision. The list was banned by the Central Election Commission Wednesday night, with 17 members voting to toss Balad-Ra’am off the ballot, and 10 voting for it to remain. During the session, the Committee voted to allow Otzma Yehudit’s Michael Ben-Ari to run, but banned Ofer Kassif of Hadash. According to Committee rules, the court will consider the latter two decisions in a session next week, but that discussion relates only to the banning of individual candidates, not entire lists. However, the party is likely to appeal the decision to the court anyway.

Not shedding any tears for the party was Prime Minister Binyamin Netanyahu, who said that the decision was deserved. “Those who support terror do not belong in the Knesset,” and statements and actions by members of the list certainly showed that they supported terror. Yisrael Beytenu head Avigdor Liberman told Reshet Bet that “Ta’al is a terrorist organization, not a political party. Anyone who says that the IDF Chief of Staff is a war criminal and that the IDF is committing ‘ethnic cleansing’ in Gaza, as they did, does not belong in the Knesset. They belong on the parliament of Hamas or Iran. I trust the High Court will not intervene in a decision made by the Central Election Committee.”

Taking the opposite tack was Meretz’s Zehava Gal-on, who said that the banning of the list “shows how in Israel, citizens can live side by side, with one side ‘conditional’ citizens. These are people who have a right to run in the election, but the election committee has showed them what racism, incitement and discrimination look like.”