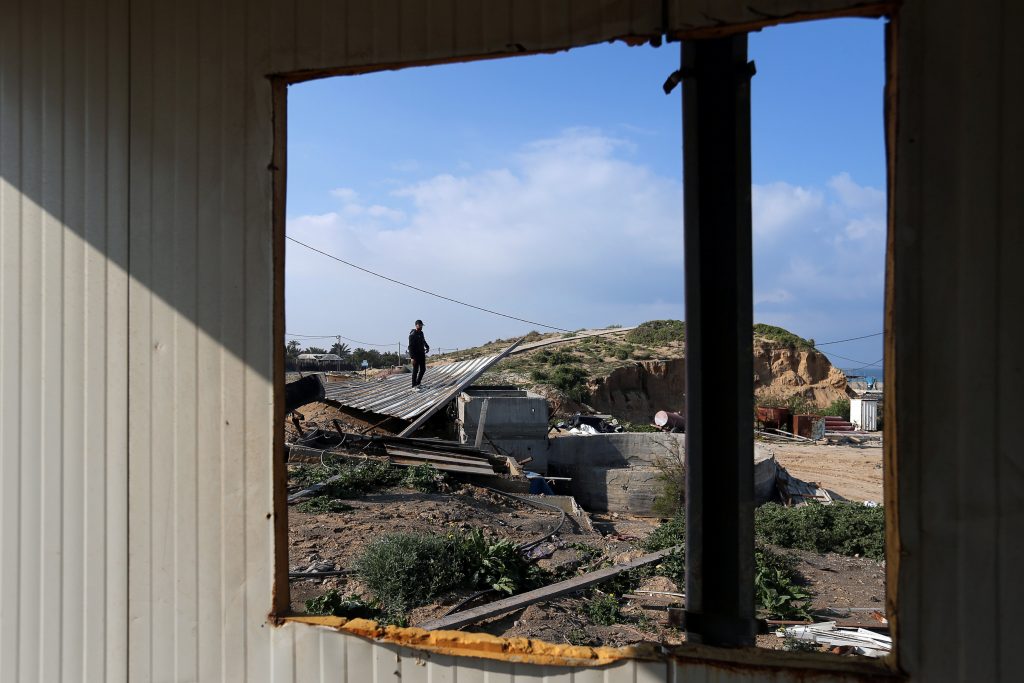 Gaza sources said Thursday that an Arab rioter died from wounds he sustained when Israeli soldiers shot at him. The riots took place at the Gaza border fence Wednesday night, when over 1,000 Arabs threw rocks, bricks and firebombs at IDF soldiers, who responded with anti-riot measures.

Meanwhile, Gaza sources released images of what they claimed was “extensive damage” from Israeli airstrikes early Thursday. The strikes took place after Gaza terrorists fired a rocket at Israel Wednesday night. In addition, several incendiary balloon devices were dispatched to Israel, with at least two exploding in the air. B’chasdei Shamayim, there were no Israeli injuries or damage.

Palestinian Authority sources Thursday said that IDF soldiers had overnight Wednesday demolished the home of the family of Assam Barghouti, who in November carried out a shooting attack near Givat Assaf. Killed in that attack were IDF soldiers Yuval Mor-Yosef, Hy”d, and Yosef Cohen, Hy”d. Authorization for the demolition was given earlier this week by the High Court.