Israel Lapid Reiterates: Our First Phone Call Is to the Likud
Israel 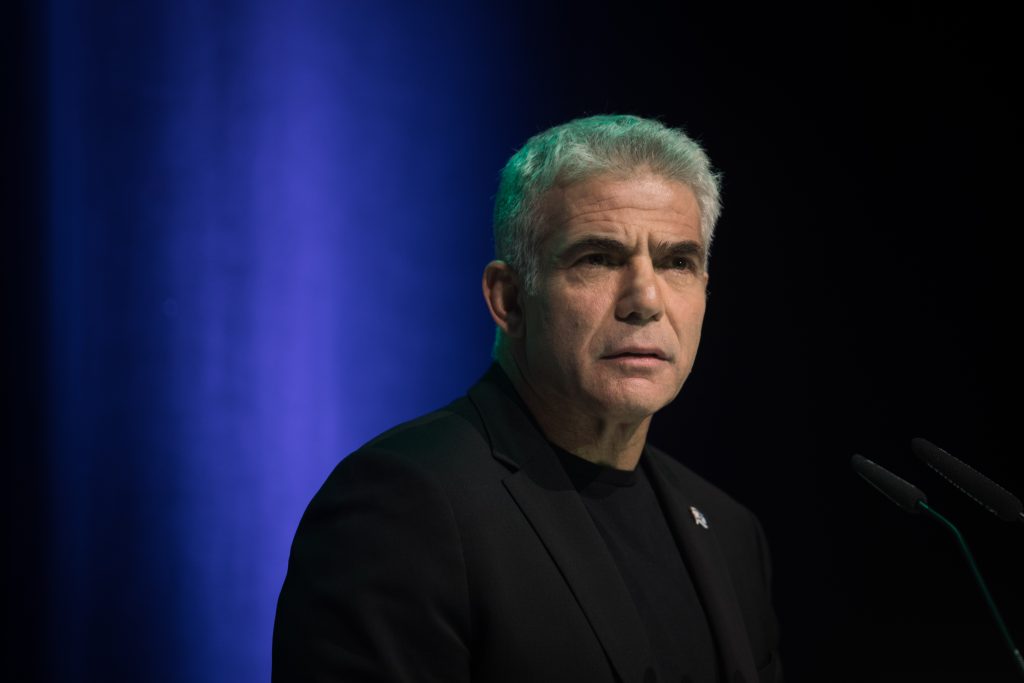 A poll Wednesday, 34 days before the elections, shows Blue and White weakening somewhat, with the Likud maintaining its strength – while the right continues to lead in the possibility of forming a coalition. With that, Blue and White number-two Yair Lapid believes it is his party that will form the coalition. “If we have five more seats in the Knesset, there is no way we are not going to form a coalition,” he told Yediot Acharonot in an interview Wednesday.

The new poll by Kan News and Reshet Bet has Blue and White with 35 seats, while the Likud would get 30. In the last poll taken on behalf of the media outlets, Blue and White had 37 seats, with the Likud getting 29.

The third largest party would be Hadash-Ta’al, with eight seats, followed by Labor with seven, United Torah Judaism with seven, and five each for New Right, Shas, Meretz, Kulanu and United Right List. Both Balad-Ra’am and Moshe Feiglin’s Zehut Party would get four seats. Putting together a coalition of parties that have already declared they would support him for prime minister, Binyamin Netanyahu could form a government of 61 seats.

Unless it is willing to include Arabs in its coalition, Blue and White will have to either form a unity government with Likud, or include the chareidi parties in its coalition. The former is preferred, Lapid said, with the party planning to call the Likud first, and Labor second. Regarding the possibility that the Likud would demand a rotation arrangement in order to join a Benny Gantz-led government, Lapid did not rule out the possibility. Netanyahu would not be that candidate, though, since, Lapid believes, “if he loses the election he will go home.”

Shas and UTJ, meanwhile, have said several times that they would not join a Gantz-led government if Lapid was a principal, but Lapid dismissed this as well. “People say what they have to say during an election campaign, that’s their job. That’s how they get votes. Once the elections are over and they create a government, it’s a different story,” he said.