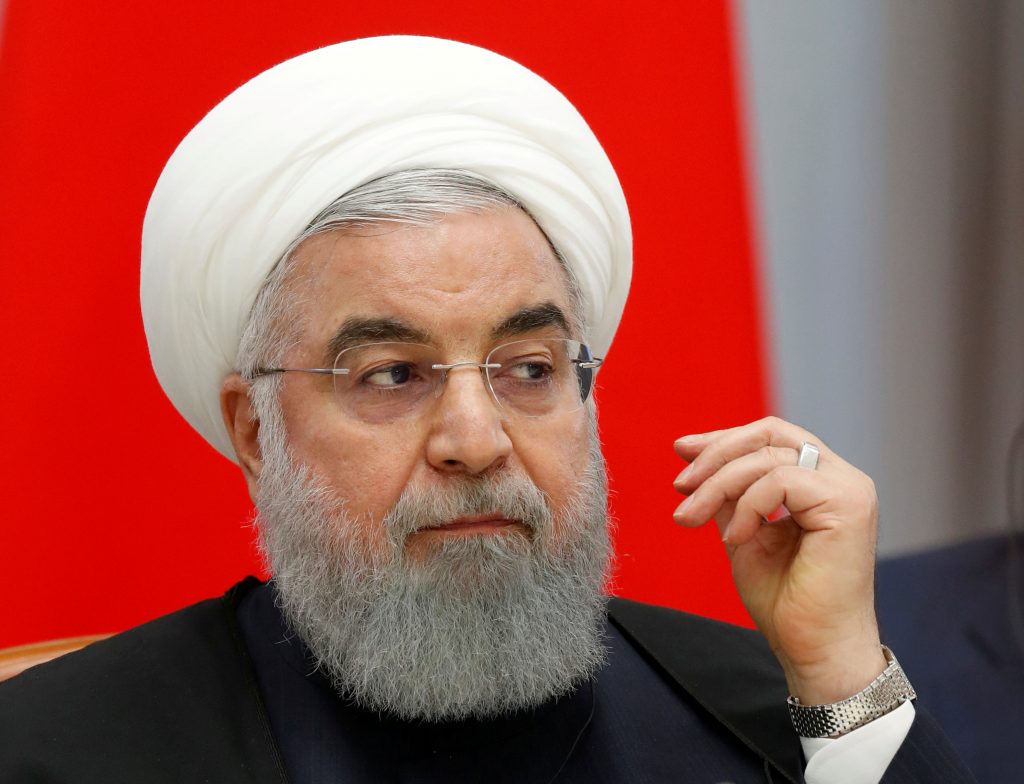 Iranian President Hassan Rouhani accused the United States on Wednesday of plotting to use economic pressure to overthrow the Islamic Republic’s clerical establishment, and ruled out the possibility of talks with Washington.

“Iran is in economic and psychological war with America and its allies. Their aim is to change the regime but their wish will not come true,” Rouhani said in a speech in the northern province of Gilan.

U.S.-Iranian tensions resurged after President Donald Trump pulled Washington out of a world powers’ 2015 agreement with Iran that curbed its disputed nuclear activity. Trump said the deal was flawed as it did not curb Iran’s ballistic missile program or support for proxies in Syria, Yemen, Lebanon and Iraq.

Washington reimposed sanctions on Iran that were lifted in 2016 under the deal. The renewed U.S. clampdown caused a crash of Iran’s currency, rampant inflation and a flight of foreign investors desperately needed by Tehran to modernize its economy.

The other signatories to the deal – Britain, Germany, France, Russia and China – oppose the reinstatement of U.S. financial and oil sanctions and have sought to salvage the 2015 deal by finding non-dollar ways to conduct business with Tehran.

Iranian authorities have said that the Trump administration has secretly voiced a willingness to enter into talks with Iran.

“There is no possibility of entering negotiations with America,” Rouhani said in a speech in the city of Lahijan, broadcast live on state media. “America wants to take Iran back to 40 years ago … to the era before the [1979 Islamic] Revolution… They want regime change.”

Analysts say Iran’s clerical Supreme Leader Ayatollah Ali Khamenei guardedly backed the 2015 deal as he knew that Iranians, many of whom have periodically taken to the streets to protest economic hardships, could not tolerate more pressure.

Iranian leaders have warned that Tehran could drop out of the nuclear deal if the other signatories fail to secure the economic benefits to Tehran accruing from the pact.

“Our nation and the leadership are united against our enemies … We will continue our path of independence and freedom,” said Rouhani, the architect of the nuclear agreement.

But if the deal collapses, Iran’s balance of power could tilt in favor of the pragmatist Rouhani’s hard-line rivals who oppose improving ties with the West and are close to Khamenei.