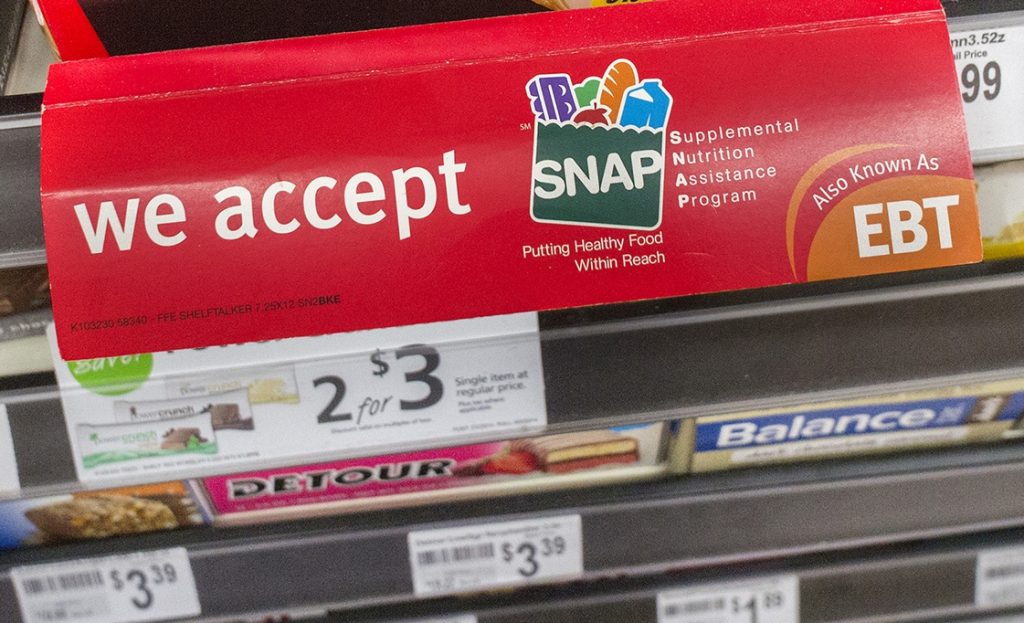 The Trump administration is proposing a change in how food stamps are distributed to some recipients — a modification that had been rejected by Congress when it voted on the benefits program at the end of 2018.

“This is contrary to congressional intent,” Sens. Lisa Murkowski, R-Alaska, and Debbie Stabenow, D-Mich., write in a letter being prepared for Sonny Perdue, the secretary of agriculture, whose department oversees food stamps. The letter is circulating among other members of Congress for review.

The senators write that the USDA change “would worsen hunger in this country” and they urge the administration to “immediately withdraw this proposed rule.”

Perdue said in a statement last week that the rule change would focus on work requirements for non-disabled adults between 18 and 49 with no dependents who receive food stamps, now known as SNAP (Supplemental Nutrition Assistance Program). The idea, Perdue said, is to preclude low-income people on SNAP from a “lifelong dependency” on benefits. SNAP, he added, “is to be a second chance, not a way of life,” a method of achieving “self-sufficiency through the dignity of work.”

Anti-hunger advocates have denigrated the move as an overreach by the executive branch, with familiar undertones.

“I liken this to the wall,” said Kathy Fisher, policy director of the Greater Philadelphia Coalition Against Hunger, referencing President Donald Trump’s executive order declaring an emergency that would allow him to shift funds to build a wall at the border with Mexico, circumventing Congress. “The administration wants to change things by fiat rather than follow what Congress has set out.”

The proposal could eliminate SNAP eligibility for 755,000 people.

“There are bullies in charge of our federal government,” said Debbie Weinstein, executive director of the nonprofit Coalition on Human Needs in Washington. “It’s infuriating because Congress did just act on this and explicitly rejected just these kinds of changes.”

Since 1996, people aged 18 to 49 without a child under age 18 have had to work at least 20 hours a week or be in school or job training to receive SNAP benefits. Anyone not following the rule would be limited to three months of benefits within a three-year period. But states have been permitted to waive the time-limit rules in places of high unemployment.

The proposed Trump administration rule would take away state flexibility to dispense waivers and “make it much harder for states to serve the target population,” according to the Washington-based FRAC, the Food Research & Action Center, the nation’s leading anti-hunger lobbying group.

“People would lose SNAP eligibility after three months,” according to a FRAC statement. And, FRAC officials said, this change is being suggested just after Congress passed a new Farm Bill at the end of 2018, which funds SNAP and left the current waiver provisions in place.

The new rule appears to base its intellectual underpinning on policy developed at the conservative Heritage Foundation, experts say. Work requirements “represent a step toward an important goal,” a foundation report said. They combine “the principles of compassion and fairness in federal welfare policy.”

The Senate wound up supporting the bill that allowed waivers on an 87-13 vote. In the House, the vote in favor was 369 to 47.

Trump has often called for drastically limiting SNAP benefits. At one point last year, his administration suggested replacing half of SNAP benefits with boxes of pre-selected nonperishable food items and no fresh food.

Advocates and food experts said it would have been logistically impossible to send actual food to people, as opposed to SNAP benefits, which are loaded onto cards similar to bank cards.

A spokesperson for the USDA did not answer specific questions about the proposed rule change. He instead sent a statement saying that waiving work requirements for able-bodied adults in states where unemployment is 4 percent or less “is not the right long-term policy.”

The federal government will collect public comments on the rule until April 2.