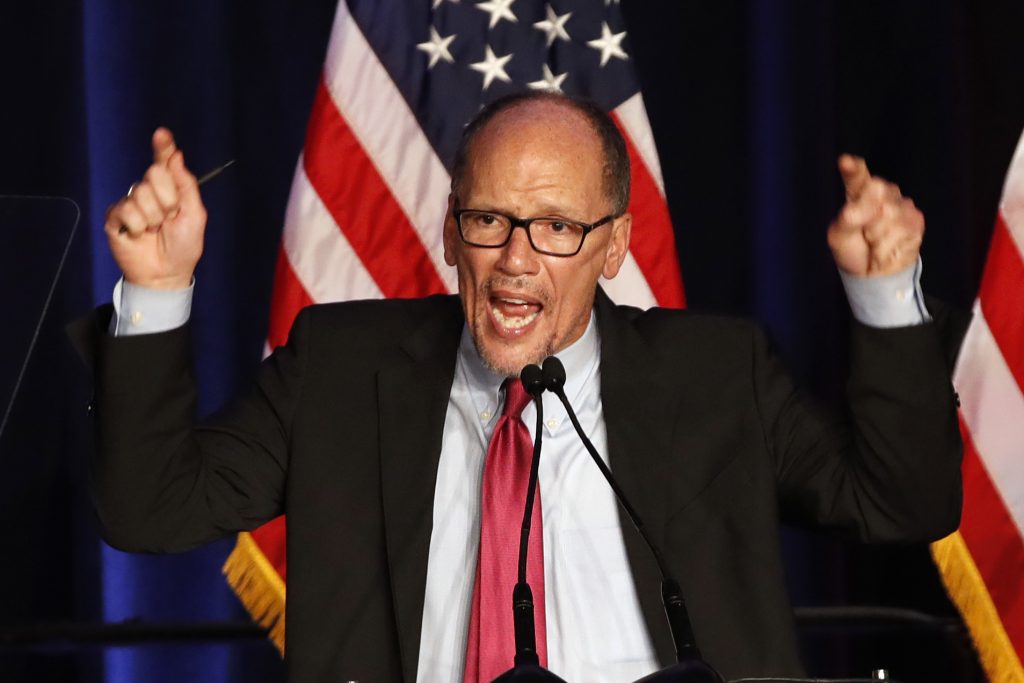 The Democratic National Committee has decided to exclude Fox News Channel from broadcasting any of its candidate debates during the 2019-2020 cycle as a result of published revelations detailing the cable network’s close ties to the Trump administration.

In a statement Wednesday, DNC Chairman Tom Perez cited a story in the New Yorker magazine this week that detailed how Fox has promoted President Trump’s agenda. The article, entitled “The Making of the Fox News White House,” suggested that the news network had become a propaganda vehicle for Trump.

“I believe that a key pathway to victory is to continue to expand our electorate and reach all voters,” said Perez in his statement to The Washington Post. “That is why I have made it a priority to talk to a broad array of potential media partners, including Fox News. Recent reporting in the New Yorker on the inappropriate relationship between President Trump, his administration and Fox News has led me to conclude that the network is not in a position to host a fair and neutral debate for our candidates. Therefore, Fox News will not serve as a media partner for the 2020 Democratic primary debates.”

Winning the exclusive rights to broadcast the 12 candidate debates is considered a prestigious prize in the media business. The debates typically draw large audiences — the first Republican debate in August 2015 attracted a record 24 million viewers — and are a vehicle for promoting the networks’ news programs.

Numerous networks, including Fox, have submitted proposals to the DNC to broadcast one of the 12 scheduled debates, which will start in June. So far, the organization has only awarded rights to the first two — to NBC (along with sister networks MSNBC and Telemundo) and to CNN.

Fox News did not immediately respond to a request for comment.

The network hosted one of the Democratic primary debates in 2016.

Fox’s connections to Trump have been documented for years. He had a regular spot on its morning program starting in 2011, and has hired several of its former contributors and executives to work in his administration, including its former co-president, Bill Shine, who is now the president’s deputy chief of staff for communications. Trump has been interviewed many times on the network, and has promoted various Fox talking points and personalities on Twitter.

Some observers have suggested that the network has become a kind of de facto “state TV,” shaping and promoting Trump’s policy agency.

Among other things, she reported that Roger Ailes, the network’s late chief executive, may have informed the Trump campaign about a question that former Fox News host Megyn Kelly intended to ask at the first Republican debate in 2015. Mayer also reported that Trump was tipped by Fox sources to a second debate question about whether the candidates would support the Republican nominee for president, regardless of who won.

The most startling revelation may have been that Trump ordered his former chief economic adviser Gary Cohn to pressure the Justice Department to pursue an antitrust case against AT&T’s merger with Time Warner, the parent of Fox rival CNN, allegedly as payback for CNN’s unfavorable news coverage of Trump. Cohn purportedly declined to pursue the president’s directive, although the Justice Department did file an antitrust case, which a judge rejected.

The article also said Trump receives advice not just from Fox personality Sean Hannity, but also from lesser figures at the network, such as Pete Hegseth and Lou Dobbs, both of whom have been patched into Oval Office meetings to offer policy advice.