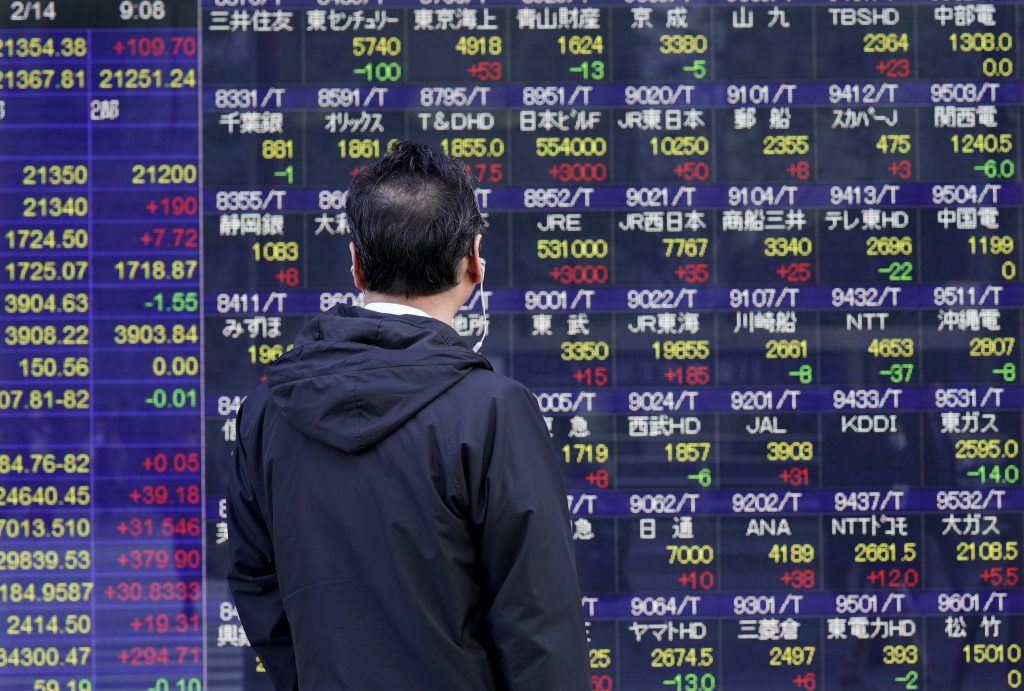 Asian stocks held their ground on Wednesday as Chinese equities rallied on stimulus hopes, although a resurgence in regional tensions capped broader gains with North Korea opting to restore part of a missile test site it had begun dismantling earlier.

The Shanghai Composite Index was up 1 percent, hovering near a nine-month high, as China’s state planner said the government will boost domestic consumption further this year. Beijing announced billions of dollars in tax cuts and infrastructure spending on Tuesday to reduce the risk of a sharper economic slowdown.

Some of the region’s other equity markets, however, underperformed.

South Korea’s KOSPI was down 0.25 percent following news that North Korea had restored part of a missile test site, with President Donald Trump’s national security adviser John Bolton warning that new sanctions could be introduced if Pyongyang did not scrap its nuclear weapons program.

Robust U.S. economic data supported the dollar, but its Australian counterpart slid after data showed the economy slowed to a near standstill in the fourth quarter.

The Australian economy expanded just 0.2 percent in the fourth quarter, slower than the 0.3 percent increase economists had forecast in a Reuters poll. The Aussie was down 0.7 percent at $0.7033 following a slip to a two-month trough of $0.7029.

“Despite the Reserve Bank of Australia (RBA) still putting on a brave face on Tuesday at its policy meeting, we think the Australian dollar may have further downside scope in the near term if the global macro backdrop continues to remain uncertain and market suspicions towards a potential RBA rate cut continue to circulate and accumulate,” wrote strategists at OCBC Bank.

Wall Street dipped on Tuesday as a drop in General Electric shares countered positive retailer earnings and investors eyed a key resistance level for the benchmark S&P 500 after the market’s run to a five-month peak on Monday.

A report from the Institute for Supply Management showed U.S. non-manufacturing sector companies in February placing the most new orders since August 2005, an indicator of robust health.

“In the short term, the equity markets will likely focus on positive factors such as the strong U.S. ISM data,” said Soichiro Monji, senior economist at Daiwa SB Investments in Tokyo.

“Steady U.S. growth is a stronger theme than slowing Chinese growth, especially with Sino-U.S. trade talks seemingly headed for some kind of a conclusion.”

Beijing revealed at the annual meeting of its parliament on Tuesday that it is targeting economic growth of 6.0 to 6.5 percent in 2019, less than the 6.6 percent gross domestic product growth reported last year.

On the trade front, Secretary of State Mike Pompeo said on Monday he thought the United States and China were “on the cusp” of a deal to end their trade war. Pompeo added on Tuesday that “things are in a good place, but it’s got to be right.”

The dollar held gains after rising against its peers on Tuesday’s upbeat ISM non-manufacturing sector report.

U.S. crude oil futures were down 1 percent at $56.01 per barrel after data from the American Petroleum Institute (API), an industry group, showed a larger-than-expected increase in U.S. crude stockpiles.