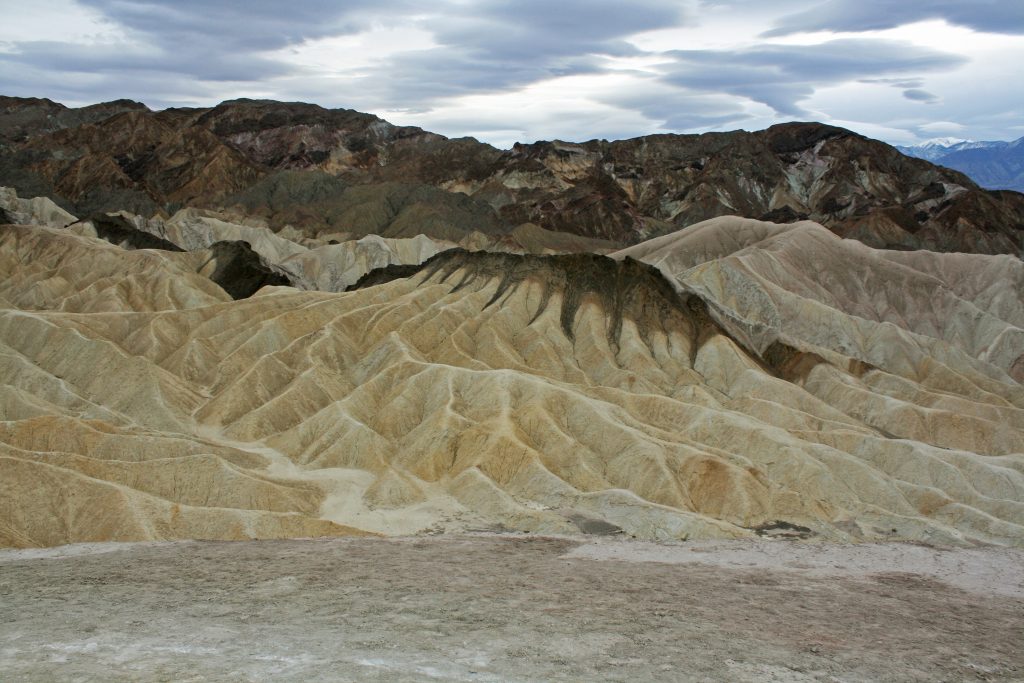 In the largest land conservation bill passed by Congress in 10 years, vast areas of California’s desert are headed for new protections that would prohibit mining, roads and off-highway vehicles, and enlarge two national parks, Death Valley and Joshua Tree.

The bill would designate 1.3 million acres of federal land across the American West as wilderness, the highest level of protection, establish four new national monuments, and set aside more than 600 miles of rivers from dams and other development.

In a Congress that has spent years in bitter partisan division, the legislation was an unusual point of agreement, passing the House and Senate with large bipartisan support.

If Trump signs the bill as expected — he has until March 16 to sign or veto it — it will represent a rare instance of his administration expanding environmental protections. For much of his presidency, Trump has worked to expand development of public lands and expand oil drilling.

He has proposed new offshore drilling off California, Oregon, Washington, and the Atlantic Coast, and pushed for new drilling in Alaska’s Arctic National Wildlife Refuge. He has worked to remove protections on millions of acres for the sage grouse, gray wolf and other at-risk species, and has signaled the United States will withdraw from the Paris Climate Agreement.

Whatever Trump’s feelings about California, the state is among the primary beneficiaries of the legislation.

The bill establishes 375,000 acres of new wilderness — an area nearly 13 times the size of San Francisco — in the Mojave Desert, most of it on land owned by the federal Bureau of Land Management, where mining, oil exploration and road building will be permanently banned.

“From desert tortoises to bighorn sheep, breathtaking wildflower blooms to iconic Joshua trees, the beauty of the California desert is unrivaled,” said Sen. Dianne Feinstein (D-Calif.). “It’s a defining part of California’s landscape, and I’m proud of our work to ensure it remains that way for future generations to enjoy.”

It creates an 18,610-acre Alabama Hills National Scenic Area in the Alabama Hills of Inyo County, where over the last century, hundreds of films have been shot. And it adds 28 miles of the Amargosa River and the Whitewater River and Surprise Canyon areas of the Mojave Desert to protections under the National Wild and Scenic Rivers Act, which blocks dams and development.

In a compromise with off-road vehicle groups, the bill guarantees permanent access to 200,000 acres of Bureau of Land Management land in the desert where off-road vehicles are now driving.

“It’s very significant. This finds a nice balance between recreation and ecology,” said Peter Satin, director of land management at the Mojave Desert Land Trust in San Bernardino County. “You’ve got off-road vehicle access matched with expanded wilderness and national parks. The desert is a rich, multi-use landscape that can be enjoyed by everyone. It’s not an empty barren place. It’s full of value.”

The bill is 662 pages long and contains more than 170 separate measures, drafted by Republicans and Democrats. There are wilderness protections in Utah, New Mexico and Oregon, along with new protections for hunters on federal land, and a provision to allow Native Alaskans who served in the Vietnam War to homestead up to 160 acres each in rural Alaska on BLM lands.

The bill passed 92-8 in the Senate. Those who followed it closely say the main draw, particularly for Republicans who in recent years have rarely supported new environmental laws, was a provision that permanently reauthorizes the nation’s most important parks funding law.