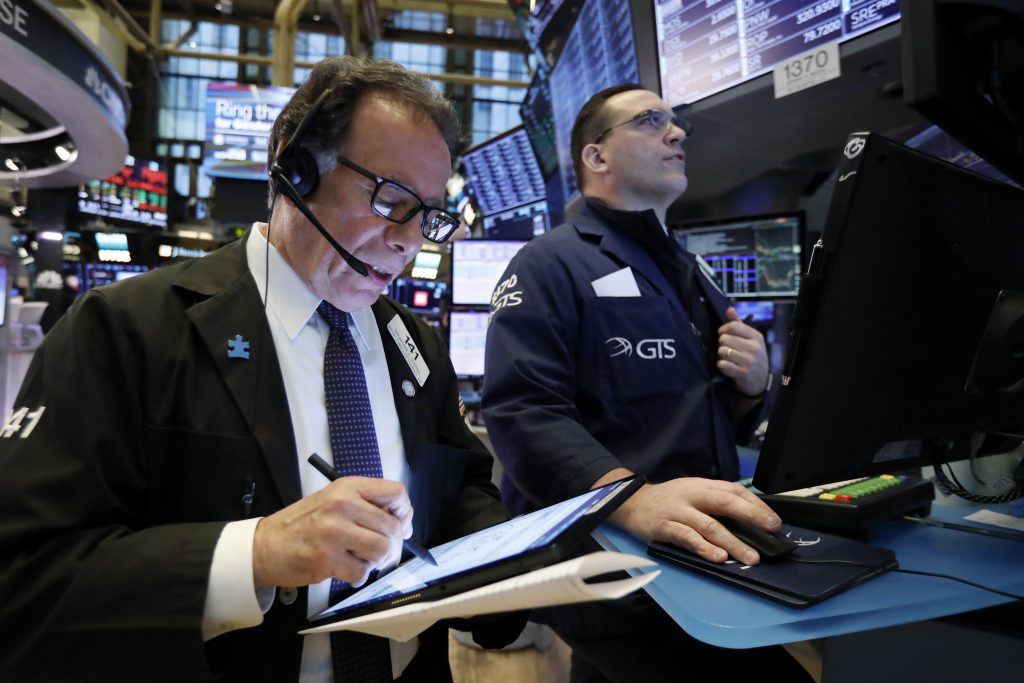 U.S. stocks are moving sideways in midday trading on Wall Street Tuesday as losses for banks and big technology companies offset gains elsewhere in the market.

The stagnant movement came a day after the market failed to hold on to an early gain. Citigroup slumped 1.3 percent, while Micron Technology dropped 1.4 percent.

Several retailers were moving higher, including Target and Kohl’s, which reported results that were better than analysts were expecting.

Investors were hoping that more details would emerge from media reports Monday that the U.S. and China were getting closer to resolving their trade dispute. The market has often jumped on hopes that progress was being made on the trade talks, only to fall back later as details didn’t come through.

Meanwhile, China plans to take additional measures to help shore up its cooling economy. The nation’s growth target for the year is now between 6 percent and 6.5 percent. That’s slightly below last year’s 6.6 percent growth rate.

KEEPING SCORE: The Dow Jones Industrial Average was little changed as of 11:30 a.m. ET. The S&P 500 index and the Nasdaq composite were also little changed.

RETAIL RISING: Target jumped 4.7 after the retailer surprised investors with its fourth-quarter results and forecast. The company noted strong online sales and traffic growth during the crucial end-of-year sales quarter. The company and its peers had to deal with an overall slowdown in retail sales at the end of 2018 while also competing with e-commerce behemoth Amazon.