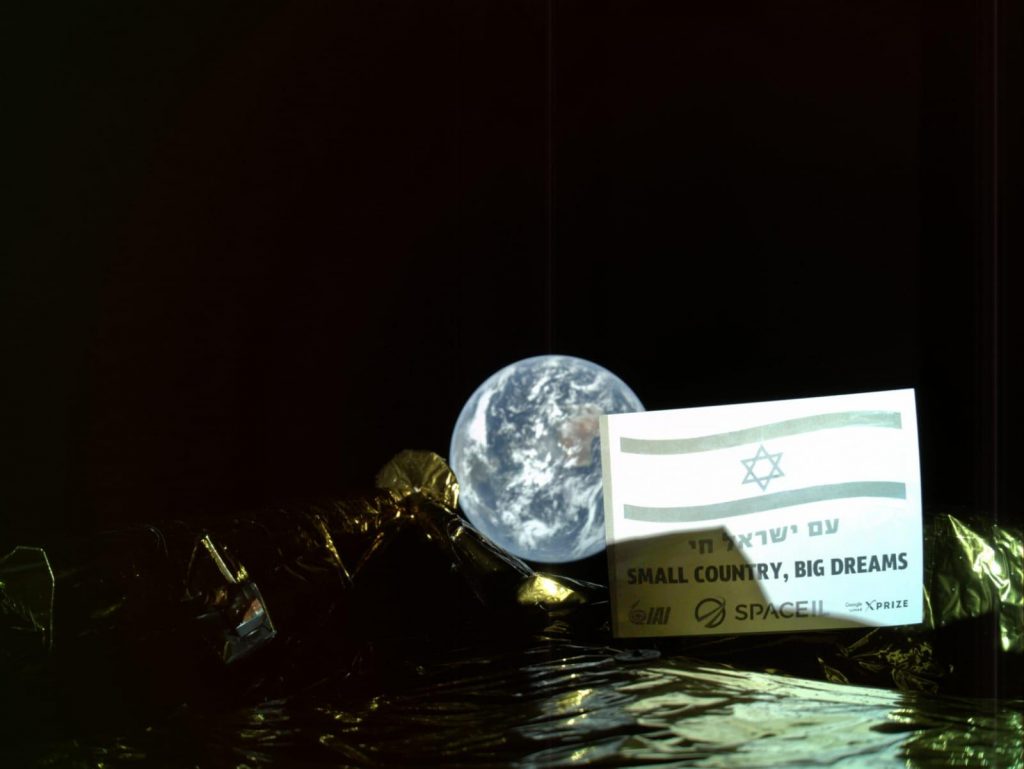 After 12 days in orbit, the first Israeli space craft, Beresheet, on its voyage to the moon, sent its first picture back to Earth.

The photo was taken during a slow spin of the spacecraft, and was taken at a distance of 37,600 km (23,364 miles) from Earth. Australia can be clearly seen in the picture.

In the picture, released by SpaceIL, the plaque installed on the spacecraft with the Israeli flag and the inscriptions “Am Israel Chai” and “Small Country, Big Dreams” are clearly seen.

The craft is scheduled to land on the moon on April 11..