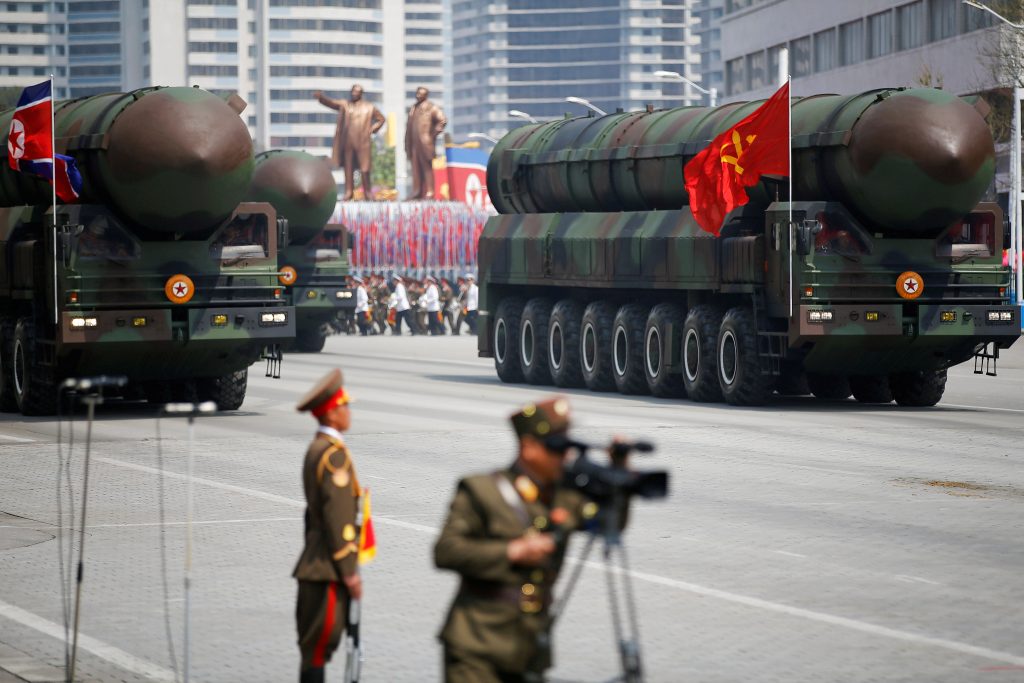 South Korean intelligence agencies have detected signs that North Korea is restoring part of a missile launch site it began to dismantle after pledging to do so in a first summit with U.S. President Donald Trump last year, South Korea’s Yonhap News Agency reported on Tuesday.

Yonhap quoted lawmakers briefed by South Korea’s National Intelligence Service as saying that the work was taking place at the Tongchang-ri launch site and involved replacing a roof and a door at the facility.

The Yonhap report did not say when the work was detected, but news of it comes days after a second summit on denuclearization between Trump and North Korean leader Kim Jong Un broke down last week over differences on how far North Korea was willing to limit its nuclear program and the degree of U.S. willingness to ease sanctions on the country.

Trump told a news conference after an unprecedented first summit with Kim on June 12 in Singapore that the North Korean leader had promised that a major missile engine testing site would be destroyed very soon.

Trump did not identify the site, but a U.S. official subsequently told Reuters it was the Sohae Satellite Launching Ground, which is located at Tongchang-ri.

The White House and the U.S. State Department did not immediately respond to a request for comment on the Yonhap report.

Kim Jong Un also pledged at a summit with South Korean President Moon Jae-in in September to close Sohae and allow international experts to observe the dismantling of the missile engine-testing site and a launch pad.

Signs that North Korea had begun acting on its pledge to Trump were detected in July, when a Washington think tank said satellite images indicated work had begun at Sohae to dismantle a building used to assemble space-launch vehicles and a nearby rocket engine test stand used to develop liquid-fuel engines for ballistic missiles and space-launch vehicles.

However, subsequent images indicated North Korea had halted work to dismantle the missile engine test site in the first part of August.

The breakdown of the summit in Hanoi last week has raised questions about the future of U.S.-North Korea dialogue.

U.S. Secretary of State Mike Pompeo said on Monday he was hopeful he would send a delegation to North Korea in the coming weeks, but added that he had had “no commitment yet.”

While North Korea’s official media said last week that Kim and Trump had decided at the summit to continue talks, its Vice Foreign Minister Choe Son Hui struck a more negative tone, telling reporters Kim “might lose his willingness to pursue a deal” and questioning whether there was a need to continue.

Yonhap also quoted lawmakers briefed by intelligence officials as saying that the five-megawatt reactor at North Korea’s main nuclear site at Yongbyon, which produces weapons-grade plutonium used to build bombs, had not been operational since late last year, concurring with a report from the U.N. atomic watchdog.

Yonhap quoted the sources as saying there had been no sign of reprocessing of plutonium from the reactor and that underground tunnels of North Korea’s main nuclear test site in Punggye-ri had remained shut down and unattended since their widely publicized destruction in May, which Pyongyang said was proof of its commitment to ending nuclear testing.

The fate of the Yongbyon nuclear complex and its possible dismantling was a central issue in the Hanoi summit.