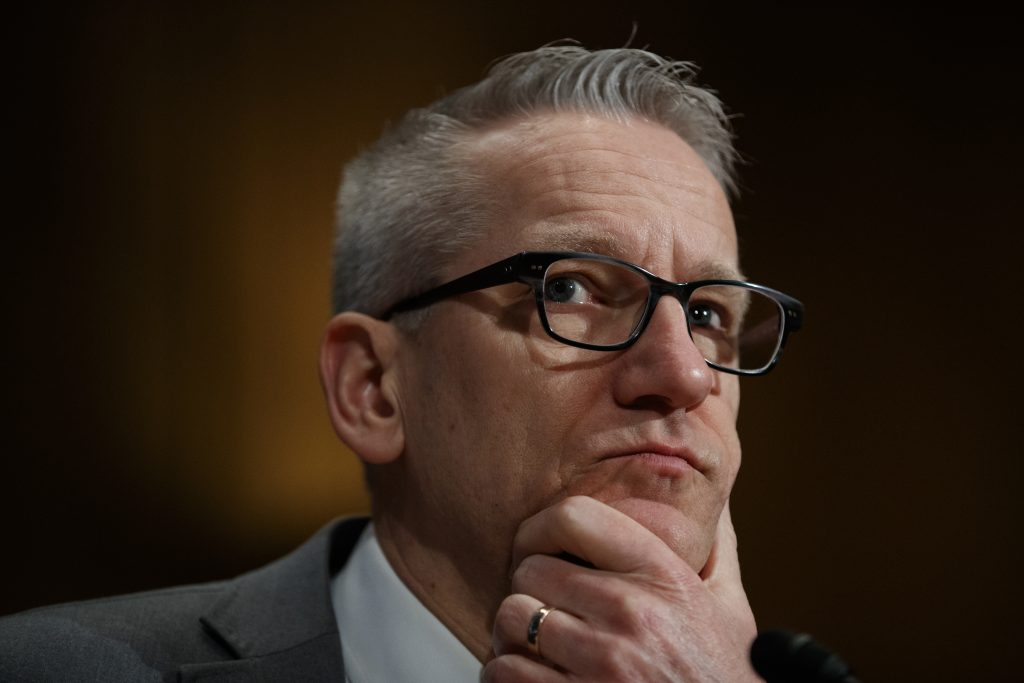 John Wiesman, Washington state’s health secretary, said in an interview Monday that a national campaign similar to the U.S. government campaign against smoking is what’s needed to help parents understand the importance of immunizations to prevent a variety of childhood diseases. The measles outbreak in the Pacific Northwest has sickened at least 75 people, most of them unvaccinated children under 10. That accounts for more than one-third of the 206 measles cases reported in the United States in just the first two months of 2019.

The Pacific Northwest is home to some of the nation’s most vocal and organized anti-vaccination activists. That movement has helped drive down child immunizations in Washington, as well as in neighboring Oregon and Idaho, to some of the lowest rates in the country.

“We don’t have anything to counter the media of a very well-organized and connected group of a small number of folks who are having a huge impact” in spreading misinformation about vaccine safety, Wiesman said. “We’re really lacking that.”

Wiesman made the same point Tuesday before the U.S. Senate’s Committee on Health, Education, Labor and Pensions at a hearing examining the reasons behind outbreaks of vaccine-preventable diseases. Also appearing before the panel were Saad Omer, a professor at Emory University in Georgia, whose research has focused on ways to increase vaccine acceptance; Jonathan McCullers, pediatrician in chief at Le Bonheur Children’s Hospital in Memphis; and Ethan Lindenberger, an 18-year-old from Ohio who got himself vaccinated after questioning his parents’ anti-vaccine stances.

Virtually all the speakers endorsed the safety and importance of vaccines. But Sen. Rand Paul (R-Ky.), struck a defiant note. Even though he said he and his children had been vaccinated because the benefits greatly outweigh the risks, he asked whether it was appropriate for the government to require people to be vaccinated against certain diseases.

“I do not favor giving up on liberty for a false sense of security,” he said, prompting applause from the anti-vaccine activists in the hearing room.

Later on in the hearing, Sen. Bill Cassidy (R-La.), who, like Paul, is a physician, gave an impassioned rebuttal to Paul.

“Let me give some color to what Sen. Paul said,” Cassidy said. “You may or may not know that I’m a physician. And I’ve seen people who have not been vaccinated, who require liver transplantation because they were not…Or ended up with terrible diseases if for no other reason that they didn’t understand vaccination was important.”

Cassidy said hospitals commonly require their employees to be immunized because they understand the importance of community immunity. “If the nurse’s aide is not immunized, she can be a Typhoid Mary, if you will, bringing disease to many who are immunocompromised,” he said.

As for parents who don’t wish to follow state requirements to vaccinate their school-age children, Cassidy said there should be repercussions.

“Unless you’re such a believer in liberty that you do not wish to be vaccinated, there should be a consequence, and that is you cannot infect other people,” Cassidy said.

In his written testimony, Wiesman said Washington state lawmakers who have proposed legislation to make it more difficult for parents to opt out their children from immunizations have received death threats and been stalked. A health-care professional who recently testified at a public hearing on one of the measures has been “vilified on their health practice website and in nasty social media posts,” according to Wiesman’s written testimony.

Much of the attention Tuesday was on Lindenberger. Anti-vaccine activists obtained his travel itinerary to Washington and posted it on social media. In his prepared remarks, the teenager describes how his mother believed vaccines were dangerous. Lindenberger said he never realized “how misinformed my mother was” until he started high school and “learned about the importance of finding credible information” by leading the school’s debate club and from his teachers.

He said anti-vaccine parents and others are “not evil.” But he added: “Certain individuals and organizations which spread misinformation and instill fear into the public for their own gain selfishly put countless people at risk.” He said he and his mother watched a video published by an anti-vaccine group that falsely said the measles outbreak was created by big pharmaceutical companies, and falsely said measles did not cause deaths. In fact, measles caused 110,000 deaths worldwide in 2017.

“My story highlights this misinformation and how it spreads,” Lindenberger wrote. “Between social media platforms, to using a parent’s love as a tool. These lies cause people to distrust in vaccination, furthering the impact of a preventable disease outbreak.”

The Senate hearing comes as the resurgence of measles across the United States is spurring a backlash against vaccine critics. Several states, including Iowa, Minnesota, Maine, New Jersey and Vermont, are considering measures that would make it harder for parents to opt out of immunizing their children. Washington and Oregon are among 17 states that allow parents to opt out of vaccinating their children for personal or philosophical reasons.

But the legislatures in Washington and Oregon are considering laws that would remove nonmedical exemptions for the routinely administered measles vaccine.

The United States eliminated measles in 2000, which was considered a significant public health success. But since then, the resurgence of cases is mostly the result of U.S. travelers returning home with the infection or spreading it to communities with high concentrations of individuals who aren’t vaccinated. The virus can be contracted by someone up to two hours after an infected person has left a room. It spreads through the air and infects the respiratory tract. It can be deadly, especially for children.

Global concern about vaccine hesitancy is also rising as measles cases have jumped because of gaps in vaccination coverage. For the first time, the World Health Organization listed vaccine hesitancy as one of the top 10 global threats of 2019.

UNICEF warned recently that global cases of measles are surging to alarmingly high levels, led by 10 countries that account for more than 74 percent of the total increase, and several others that had previously been declared measles-free. Ukraine, with more than 35,000 cases in 2018, tops the list of countries with the largest increase in cases from 2017 to 2018. The Washington state outbreak is believed to have started with a U.S. traveler to Ukraine who brought the disease back to Clark County, Wash.

In recent years, there have been several large sustained measles outbreaks in Britain, Germany, France and Italy, all popular tourist destinations for U.S. travelers.

Wiesman is calling for the federal government to fund the Centers for Disease Control and Prevention to develop a campaign to delve deeply into “what it is that has people concerned” about vaccines and their safety and then come up with a plan for a public health response.

Part of the problem for clinicians and nurses in talking to parents about vaccine-preventable diseases, such as measles and whooping cough, is that few people have firsthand experience with these illnesses, he said.

As public memory of the terror of measles epidemics has faded, however, doubts about vaccines have grown – often stoked by discredited and fraudulent research claiming a link between the shots and autism. Anti-vaccine narratives do particularly well on social media because personal anecdotes and sensational content play better than the dry recitation of scientific facts, according to a study last year. Anti-vaccine proponents are a small minority, but on social media they may appear to be the majority.

Medical professionals and lawmakers have been pressuring social media companies to take action against anti-vaccination content in the name of public safety.

Wiesman said it is imperative for public health and health-care providers to share the science about the safety and importance of vaccines in a way that reaches vaccine-hesitant parents. Clinicians, especially physicians, are the most trusted source of vaccine information, even among those who refuse vaccines. Research has found that a strong physician recommendation for vaccines is one of the most important factors in immunization acceptance. But pediatricians often have only limited time to have detailed conversations with vaccine-hesitant parents during a short wellness visit with a child. Under insurance guidelines, pediatricians don’t get reimbursed for the time they spend counseling parents on vaccine safety.