Israel Ribbon-Cutting of “New Gate” to the Old City
Israel 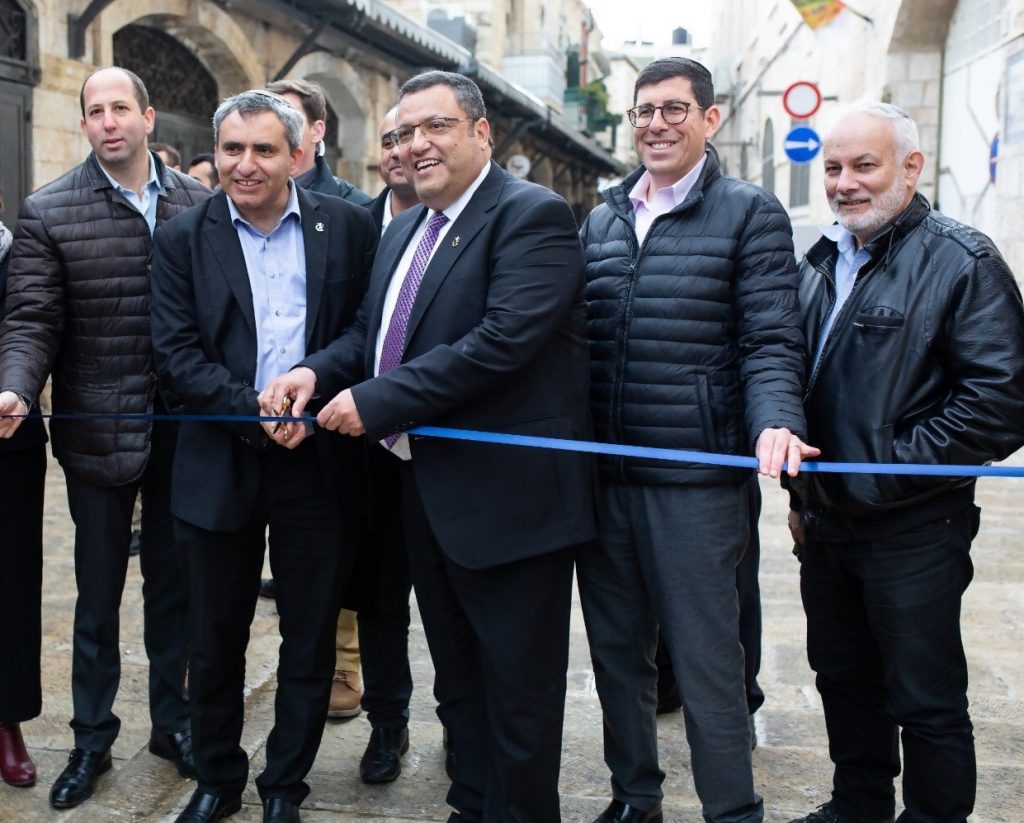 The official opening of the “New Gate” of the Old City of Yerushalayim took place on Tuesday, part of a multi-year plan to upgrade the area for tourism and shopping.

As part of the project, extensive development, restoration and preservation work was carried out: the commercial facades of the shops and cafes were renovated, and new lighting was installed to illuminate the area. Traffic was regulated, and public space was designed for pedestrian benefit.

In addition, the sewage, water, lighting and electricity infrastructures have been redone, streets have been re-paved, the space has been made accessible for people with disabilities, and a parking lot has been opened for local residents and public use.

The project represents an investment of 11 million shekels to convert the area into a major entrance gate for tourists and visitors to the Old City. Its connecting street will become a colorful pedestrian mall, featuring vibrant local commerce and tourism, according to a statement released by Government Press Office.

Opened originally in 1889, the “New Gate” is the closest of the 7 gates of the Old City to the Christian Quarter. Over the years, the infrastructure surrounding the “New Gate” deteriorated, commerce did not meet tourists’ needs, and many visitors chose to use other entrances to the Old City.

At the ribbon-cutting, Mayor of Yerushalayim, Moshe Lion, said: “I welcome the opening of the New Gate pedestrian mall. This is another section of the Old City that was developed and re-imagined for the benefit of visitors and residents of the area. The Jerusalem Municipality has put accessibility in the Old City at the top of its priorities, and we will continue to make many more sites in the capital accessible to achieve this goal.”

Attorney Yitzhak Sabato, director of the National Insurance Institute, stressed the aspect of accessibility for all: “This is an additional layer of social possibilities for children and people with disabilities from all walks of life. They now have opportunities to experience tourism, history and commerce like any other person in the State of Israel.”