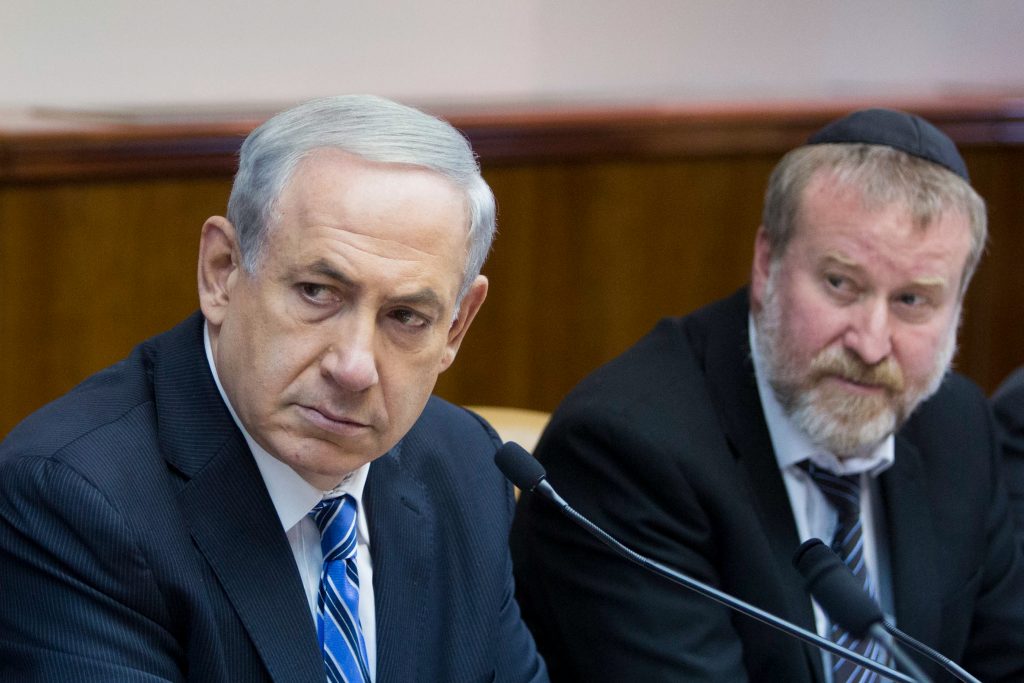 Israeli Prime Minister Binyamin Netanyahu had to fend off a fresh allegation of wrongdoing in office on Tuesday, as Channel 13 reported that he interfered in the operations of the Communications Ministry after he had given up the portfolio.

PM Netanyahu allegedly sought to benefit right-wing television network Channel 20 by pressuring his successor at the ministry, Ayoub Kara, to close the Cable and Satellite Broadcasting Council, a media regulator, after it tried to prevent the network from making news broadcasts.

The premier was forced to resign as minister when it was revealed police were investigating suspicions of corruption involving Netanyahu that subsequently became known as Case 4000. Attorney General Avichai Mandelblit last week announced his intention to indict Netanyahu for bribery in the case, pending a hearing.

The Likud party issued a statement rejecting the reports as “nonsense” and “another attempt to create a false headline about nothing.”