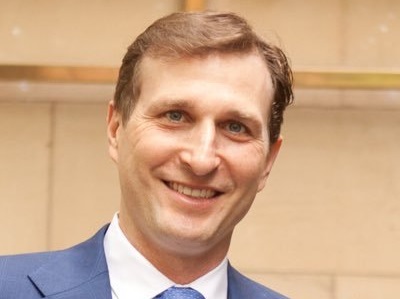 The U.S. House of Representatives Intelligence Committee said on Tuesday it has hired a former federal prosecutor in Manhattan with experience investigating Russian mobsters and white-collar crime to lead its probe into the Trump administration.

The hiring of Daniel Goldman is the latest move by the House’s new Democratic majority to add legal firepower to an expanding list of investigations into the affairs of Republican President Donald Trump and his associates.

The chairman of the House Judiciary Committee, Representative Jerrold Nadler, recently announced that he had retained Barry Berke, a prominent criminal trial lawyer, and Norman Eisen, a former adviser to President Barack Obama, to work on his expansive probe into Trump and other issues.

Representative Adam Schiff, the chairman of the House Intelligence Committee, said in a statement that Goldman joined the panel in February as senior adviser and director of investigations. Schiff also named a new budget director and three other people for various roles.

The committee’s probe into Russian interference in the 2016 election and possible collusion with the Trump campaign has taken on new life since the Democrats took control of the House in November elections. The panel is set to hear testimony from Michael Cohen, the president’s onetime “fixer,” for a second time on Wednesday since he turned on his former boss.

Goldman was an assistant U.S. attorney in the Southern District of New York for a decade through 2017, serving as the lead prosecutor in the conviction of Las Vegas sports gambler William “Billy” Walters for insider trading.

But likely more relevant to the committee’s probe is Goldman’s tenure as deputy of the Southern District’s Organized Crime Unit, where he oversaw a major Russian mob case against more than 30 individuals for money laundering and racketeering.

Goldman has also worked as a legal analyst for NBC News and MSNBC, commenting on Special Counsel Robert Mueller’s 22-month-old investigation into links between the Trump campaign and Russia. NBC did not return a request for comment.

Goldman attended last summer’s trial of former Trump campaign Chairman Paul Manafort and was at the December sentencing of Cohen, who is due to start a three-year sentence in May for violating campaign finance laws and other crimes.

In other recent hires by the Democrats, the House Financial Services Committee enlisted the help of Bob Roach, a longtime investigator of complex financial and money laundering issues for the Senate Permanent Subcommittee on Investigations.

Russia has denied meddling in the 2016 election. Trump has said there was no collusion between his campaign and Moscow, and has called the Mueller probe a “witch hunt.”