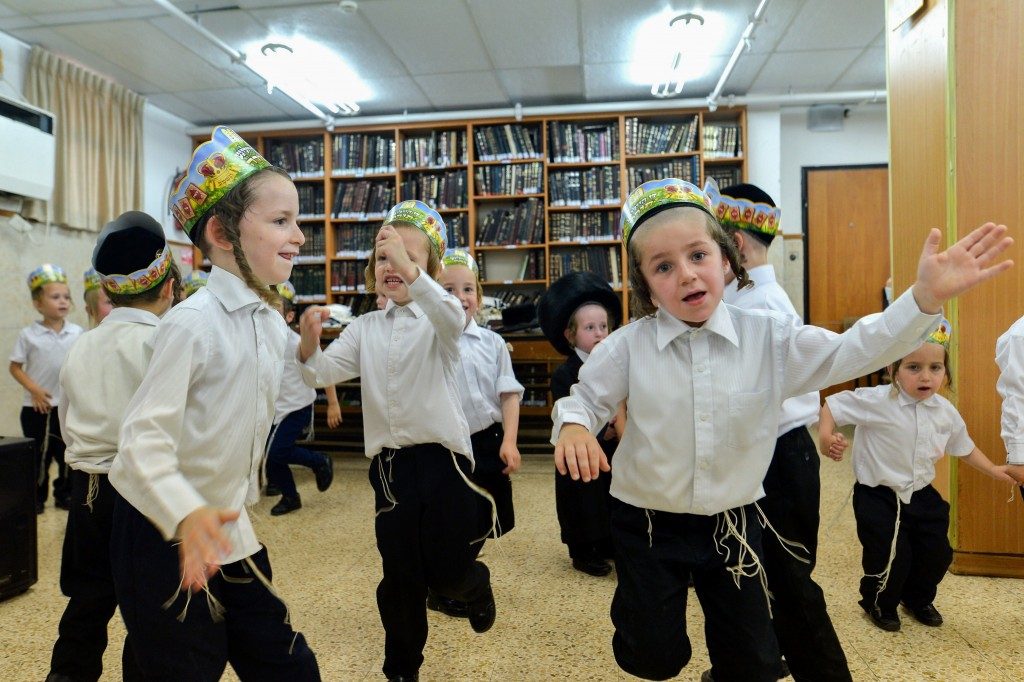 Do you ever wonder what your kids are thinking while they play? Well, a Canadian father got so curious about it that he decided to take action. Jeremy Rupke, an ice hockey coach in Canada where that is the national sport, decided that instead of just watching his 4-year-old son Mason practice skating, he would listen in on the little tyke’s thoughts. In addition to ice skates, plenty of padding, gloves, a helmet, and a hockey stick, on February 22, 2019, little Mason was outfitted with a small microphone. And almost instantly became an international sensation, making a splash across news headlines and social media alike. Something about this mic’d up clip really struck a chord with millions of people.

Little Mason did in fact say some really cute things like, “I can skate with both feet! One, two; one, two …” when he managed to get both feet to move along the ice. And during one of his many moments on all fours, he said, “I can crawl! This works!” He also said things like, “No, this is not my group …” “I’m gonna take a nap,” and “My legs are tired.” Perhaps the hilarious factor was the realization that in almost every one of his statements, the precocious chap was talking to himself. (It really is funny to see a 4-year-old — in full ice hockey gear — lying on the ice and self-commenting, “I’m gonna take a nap.”)

But, still, other than being a cute home video, what was it that captivated so many people?

Harav Yaakov Kamenetsky, zt”l, was known to be “larger than life.” Vigorous and exuding such unique simchas hachaim into his ripe old age, there were those who would naturally try to guess, “What is his secret?”

There’s nothing new about such wonderings. Throughout Shas, elderly Tanna’im and Amora’im are asked, “By what merit did you reach long life?” However, this particular person did not submit the matter to Rav Yaakov as a query, but simply suggested his own theory: “It must be the Rosh Yeshivah’s special affinity for children that is the secret of his longevity.” While Rav Yaakov didn’t completely reject the notion, he did qualify it: “I don’t know if being around children helps you live older,” he demurred, “but it certainly helps you live younger.”

Humanity has, for millennia, entertained a fixation on the fear of aging and a fanciful yearning for recapturing youth. The mythical “fountain of youth,” for example, appears in legends that span world history. As Chazal so aptly put it (Shabbos 152a), “Better are two than three; woe to that one that goes and does not return.” And don’t think that this preoccupation has let up in today’s scientific society. Not at all. Today, scientists are talking about — and experimenting with — injecting the plasma of young people into the elderly to try to reverse some of the more deleterious effects of aging such as Alzheimer’s disease.

But beyond waning strength and mental capacities, it is possible that there is something more to youth that captivates us. As Rav Yaakov put it: “living younger.” You see, a child has something very special not only about his body, but also about his attitude. He can fall again and again and again while learning to ice skate, and nonetheless maintain an upbeat, positive feeling. Children have the ability (if the adults in their lives don’t artificially mess it up) to stumble and falter time after time after time, and not get discouraged by it. The pains and difficulties of life — the many bumps and bruises, scrapes and cuts — don’t throw them off course. Children have this ability to simply not get disillusioned, cynical, or bitter (again, unless the adults around them induce it). They have such a strong joie di vivre and such unfaltering belief in their own inherent goodness and the goodness of the world around them, that they just keep on going. They pick themselves up and get right back to business.

Perhaps it is that unfaltering, unsullied conviction — that ability to feel so good about self and life — that universally captures the hearts of adults all over the world.

While we are not likely to ever discover a mythical “fountain of youth” that will magically add years to our lives and make wrinkles disappear; we can avail ourselves of a different, no-less-powerful fountain of youth. The children who abound plentifully in our communities (bli ayin hara, v’kein yirbu!) — with all their youthful innocence, vigor, and vitality — are our fountain of youth. From them we can relearn what it means to so guilelessly and sincerely believe in the goodness of self and life. As the Tanna said, “From my students I have learned more than from them all.”