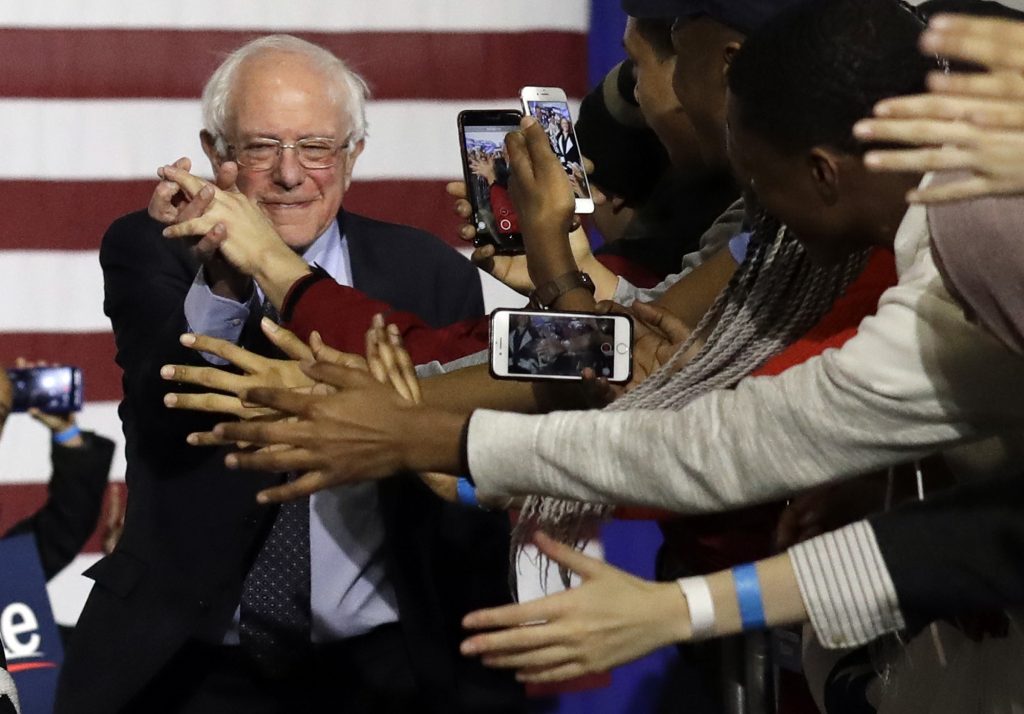 Sen. Bernie Sanders of Vermont, a longtime independent, on Tuesday signed a pledge saying he would seek the presidency as a Democrat and govern as a Democrat if elected.

The move comes in response to a new rule from the Democratic National Committee that requires all candidates for the party’s presidential 2020 nomination to sign such a pledge – a change that some Sanders allies saw as a swipe at the iconic senator.

Sanders, who caucuses with Democrats in the Senate and has said he will support the Democratic presidential nominee in 2020 no matter how the nominating contests go for him, has frustrated some in the party by remaining politically independent.

He ran for president as a Democrat in 2016 but then sought reelection to his Senate seat from Vermont last year as an independent. That bid, which Sanders won by a landslide, was backed by the Vermont Democratic Party.

While Sanders launched a second bid for the Democratic presidential nomination with a large-scale rally Saturday in Brooklyn, he has also filed for reelection to his Senate seat in 2024 – as an independent.

Sanders’s ambiguous party loyalty was among the motivations behind the DNC’s rule change last year.

At the time, the change drew criticism from Sanders’s boosters.

“I really don’t get the motivation for the resolution at all,” then-Sanders consultant Mark Longabaugh told Politico, noting that Sanders had collectively received more than 13 million votes in the 2016 Democratic primaries and caucuses.

The pledge signed by Sanders on Tuesday states that the chairman of the DNC has the authority to determine “whether a presidential candidate . . . is a bona fide Democrat whose record of public service, accomplishments, public writings and/or public statements affirmatively demonstrate that the candidate is faithful to the interests, welfare and success of the Democratic Party of the United States.”