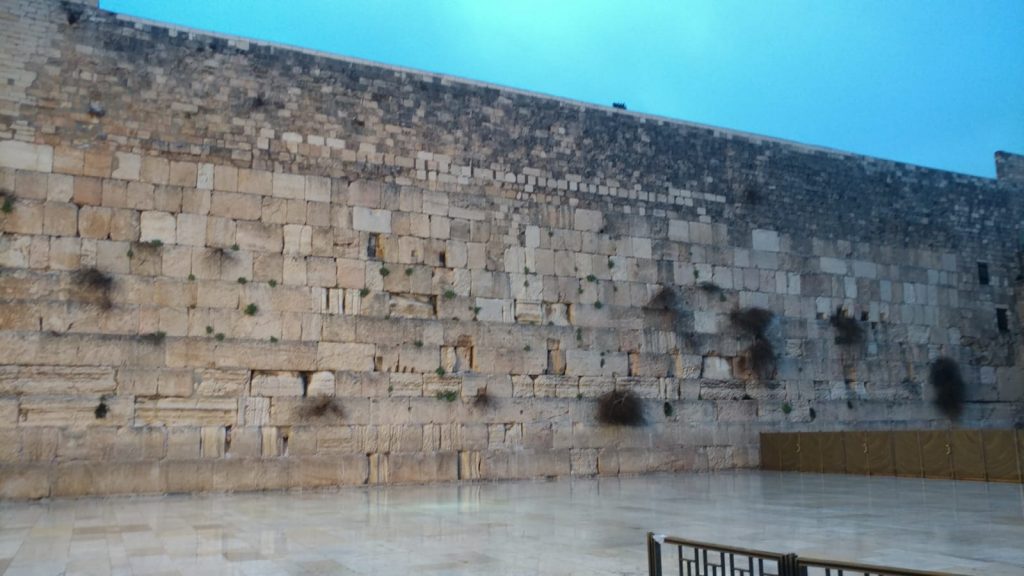 After an undercover investigation, police announced Tuesday that they had arrested an Arab who intimidated tourists at the Kosel into paying “protection” money. The Arab would approach visitors to the Kosel who parked their cars near the Shaar Haashpah (Dung Gate), where regular street parking is available, and offer to protect their vehicles from vandals and thieves. In cases where the “customer” refused to pay, they would return to their vehicles to find them vandalized and damaged.

Soldiers, working with police, overnight Monday discovered and seized weapons in Chevron and the nearby Arab town of Bani Na’im. Among the weapons were M-16 rifles. In a statement, the army said that such weapons were used in terror attacks as well as for criminal activity, and that security forces were determined to seize all weapons that were being held illegally by all people, in order to better protect all Israelis and residents of Palestinian Authority-controlled areas, who are also under threat by terrorists and criminals.

IDF forces also confiscated terror funds from a house in Chevron. The funds, amounting to tens of thousands of shekels,were part of payments made by Hamas and the Palestinian Authority to the families of terrorists for committing terror acts against Israelis, officials said.