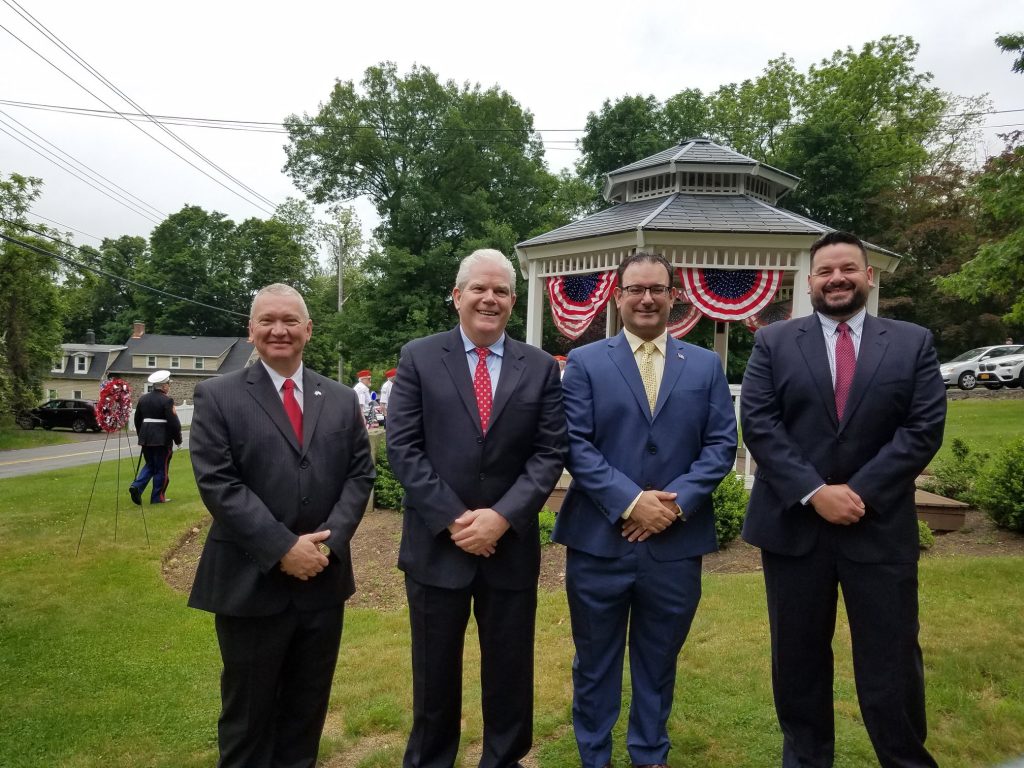 The electoral rollercoaster in Airmont, a Rockland County village founded three decades ago to get away from Orthodox Jews, took another tumble three weeks before voters make a decision when the mayor and his two allies on the board were knocked off the ballot after admitting to election fraud.

Mayor Phillip Gigante and his two running mates on the board of trustees removed themselves from the March 19 ballot after conceding that allegations of fraud in collecting some of their petition signatures could not be defended.

Rockland Elections Commissioner Kristen Zebrowski-Stavisky said the three agreed they had “insufficient signatures and the judge enjoined the clerk from placing their names on the ballot.”

The departure of Gigante, Paul Marchesani and Anthony Valvo likely means an end to the recent aggressive push to rezone housing to bar religious Jews from settling in the village. The three had campaigned four years ago on making “bloc voters” — a code word for Orthodox Jews — so uncomfortable they would hesitate from moving in.

“People in Airmont,” said Yossi Gestetner, a Rockland resident active in defending the community, “are worried that the sitting administration was willing to steal an election from residents. It’s quite rare for a defendant to tell the judge, essentially, ‘we can’t defend our own petitions that we submitted to the Board of Elections under the penalty of perjury.’”

Gigante said he would be running as a write-in candidate, a risky experiment that usually fails.

Candidates for office must present a certain number of voters’ signatures to show that they represent a constituency. Gigante brought in enough signatories, but many of them were challenged in court by one of his opponents. Minutes before the judge was to rule on the challenge, Gigante admitted he could not defend them.

The village has been sued by Orthodox Jewish groups four times since its establishment in 1991, in which authorities were accused of making zoning rules that would prohibit everything from eruvin to shuls and houses required for larger families. It currently faces two lawsuits, one by the local Satmar yeshivah and another by a group of Jewish residents.

The village of approximately 2,300 residents is bordered by Monsey, Chestnut Ridge, Suffern and Mahwah — all of which, with the exception of Monsey, have sought in recent years to limit its Jewish population growth. But Airmont under Gigante and his two trustees has stood out in making life as hard as possible for its Orthodox community, said Yehuda Leib Zorger, a local resident.

“Airmont is the king of these anti-Semitic villages,” Zorger told Hamodia.

The village was sued twice in its early years for discriminatory practices against Jews. In a historic move, then-Attorney General William Barr — who returned to the same position last week — joined in the lawsuit in 1991, alleging civil discrimination. The village eventually settled, and the matter was quiet for many years.

Gigante revived the attempt to bar Jews from the village when he assumed office in 2016. With the election nearing, he had recently escalated the move to rezone properties to keep out shuls or large families.

Left on the ballot is Ralph Bracco, a former mayor who lost to Gigante, and Nathan Bubel, who was the one who initially challenged Gigante’s signatures.